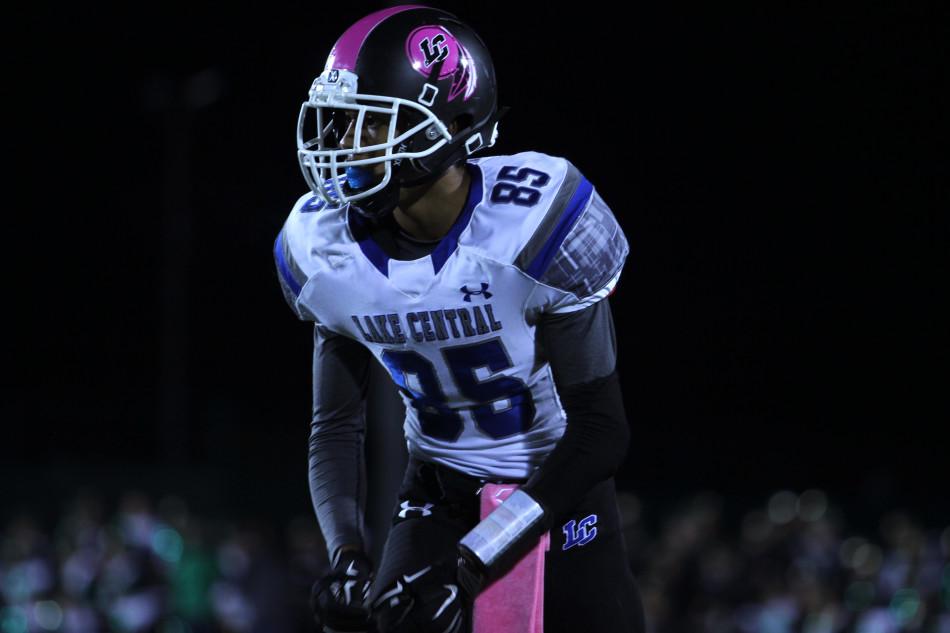 Joshua Benson (11) lines up for the snap. Benson played wide receiver for the Indians.

The varsity football team took on the Valparaiso Vikings on their home field on Friday Oct. 16. They led the game the first three quarters but ended with a losing score of 36-31.

“I feel like it was the best game we ever played. Everybody was clicking the first three quarters, and everything was going right. [However,] when the fourth quarter came, everything just went against us, and it was bad. It sucks to play our hearts out and then have it taken away from us,” Nicholas Lucas (11) said.

In spite of the outcome, the boys were satisfied with their performance.

“Personally, I felt like I did what I could to the best of my ability to contribute to the team,” Joshua Benson (11) said.

The players and coaches worked together as a unified team, and it showed on the field.

“I feel like I had one of my very best games ever. The coaches and my teammates played their hearts out, and defensively we played our best game of the season,” Lucas said.

This was the boys’ last game before the new season begins. Putting this game behind them, the boys are already preparing for their next game in the postseason.

“It was our last game of the regular season, and it was very tough to lose the game, but we can only move forward. [Next time], we will be ready,” Benson said.