Fond of the bond 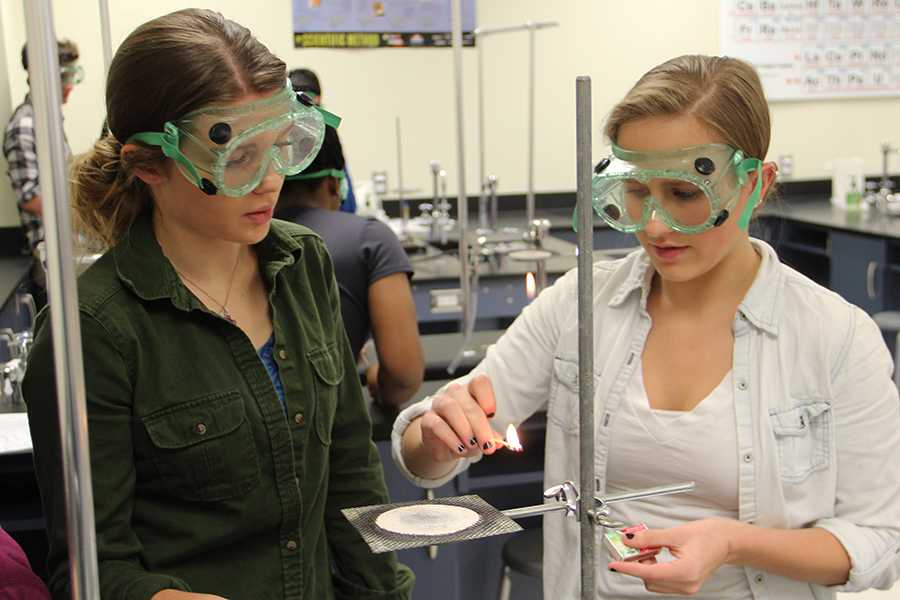 Claire Gronek (10) and Kaitlyn Spiegel (10) go to light the flame to begin the lab. The class’s lab took place earlier in the day because of the shifted schedule from the assembly.

After learning extensively about covalent and ionic compounds and bonding, Ms. Lauryn Beneturski’s, Science, chemistry class did a lab testing which compounds melted and which did not, as well as seeing which aqueous solutions could conduct electricity during matrix on Wednesday, Nov. 12.

The students were given the last half hour to work on the lab. They were broken up into groups of three to perform the experiment and record their findings.

“The first thing we did was collect all of the compounds and determine if they were ionic or covalent. We put them on top of the bunsen burner to see which melted first. And then after that, we put them in little petri dishes and added deionized water to see if they could conduct electrical currents,” Claire Gronek (10) said.

Many students found the lab to be beneficial in learning and understanding the material taught in class. The lab highlighted key components taught in the lessons so the students can better prepare themselves for future tests and classwork.

“I learned about conductivity and low and high melting points. It helped because we are learning about that stuff and it helped me know it when you get to see it done instead of just learning about it,” Adam Gustas (11) said.\