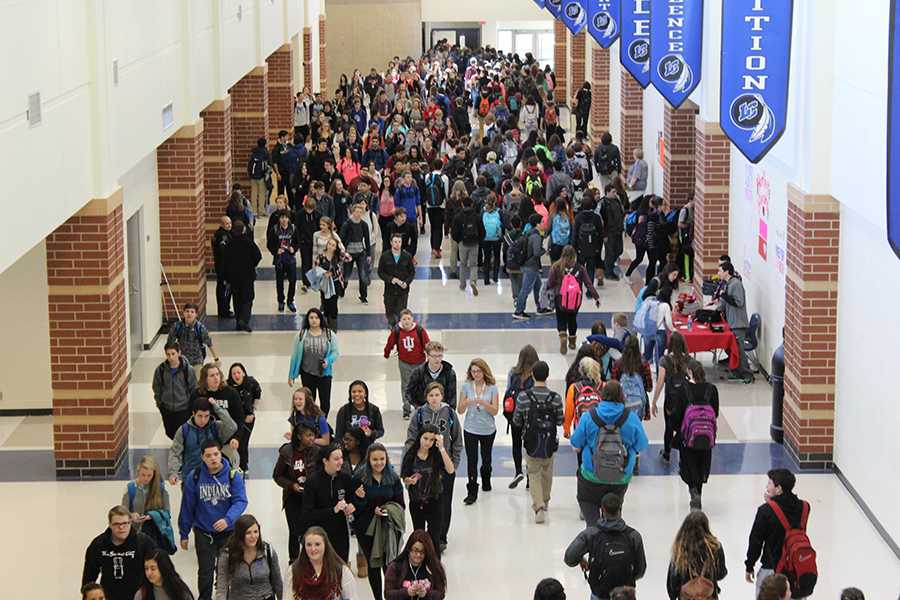 Students walk to get to their classes during passing period. The new bell schedule had been passed for the 2016-2017 school year.

“Our contract with our old schedule had ended and we came up with this new schedule for this year. We wanted to change it last year, but we couldn’t,” Duaa Hijaz (12) said.

This new schedule still contains a block schedule system that occurs four out of five school days with Wednesday containing every period. The new schedule also removes the matrix period completely. To fill in the missing period, a resource period has been added in between fifth and sixth period.

“On Wednesday, the classes are shortened, but you go to each one. Instead of a matrix [period] you have two study halls,” Hijaz said.

The new bell schedule was proposed by the Principal’s Advisory Team and passed by the school board to be taken into effect at the start of the 2016-2017 school year.

“The Principal’s Advisory Team is a meeting with Mr. Begley, who’s in charge, staff members who are invited and students who are in all different grade levels. He asked us for our help and input,” Hijaz said.

Scheduling for the 2016-2017 school year starts next week with juniors followed by sophomores and freshmen.