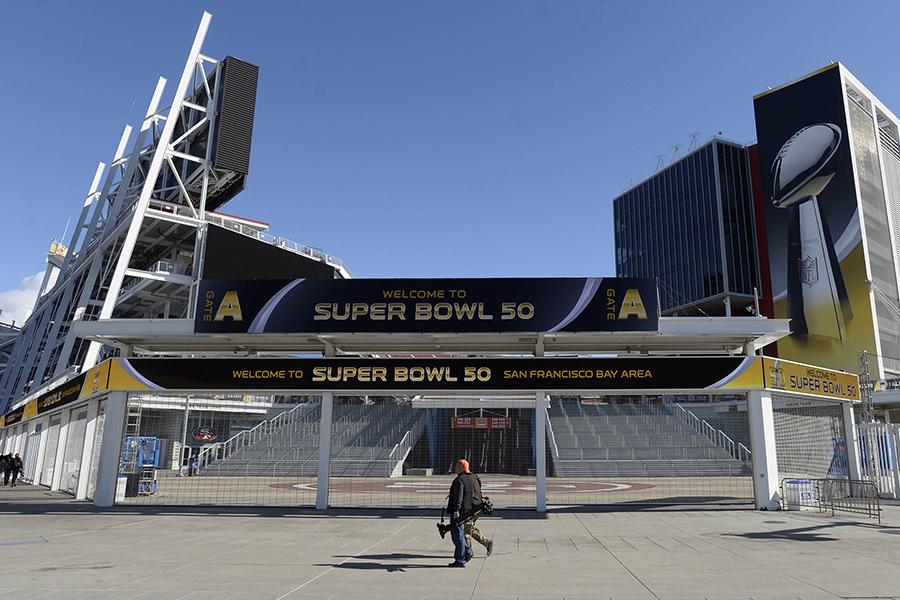 Journalists walks by a gate during a tour on Tuesday, Feb. 2, 2016, of Levi's Stadium in Santa Clara, Calif., site of Super Bowl 50 on Sunday. (Used with limited license: David T. Foster III/Charlotte Observer/TNS)

With Super Bowl 50 only a few days away, fans are getting ready to engage in what they hope will be a game to remember. Whether they are rooting for the Carolina Panthers or the Denver Broncos or just watching for the pure enjoyment of football, here are some keys for each team:

Cam Newton needs to be quick. The Broncos led the NFL in sacks this season, so they are going to bring the pressure on Newton. If he can do what Russell Wilson did against the Broncos in Super Bowl 48, then the Panthers offense can have a major advantage.
Keep rushing the ball.  Carolina led the league in rush yards per game in the regular season and the postseason, and it has led them to a 17-1 record. Denver went 10-2 in games they give up less than 100-rush-yards. Considering the Broncos stellar passing defense this year and the Panthers struggling passing offense, running will be a major key to success for Carolina.

Peyton Manning needs to show up. Now playing in his 18th season, Manning is 13-13 in the playoffs games and is 1-2 in Super Bowls, even though he is still considered one of the NFL’s greatest quarterbacks ever. However, his career struggles need to be put aside against the Panthers. Manning had the second most interceptions this season and was ranked 28th in passing yards per game. Overall, Manning will need to play much better to outplay MVP candidate Cam Newton.
Bring down Newton. Getting to Cam Newton itself will be a tough challenge considering the strong play of the Panthers offensive line, but bringing him down will be a whole different obstacle. Simply put, the Broncos will need to be ready to tackle Newton as soon as they see the chance.