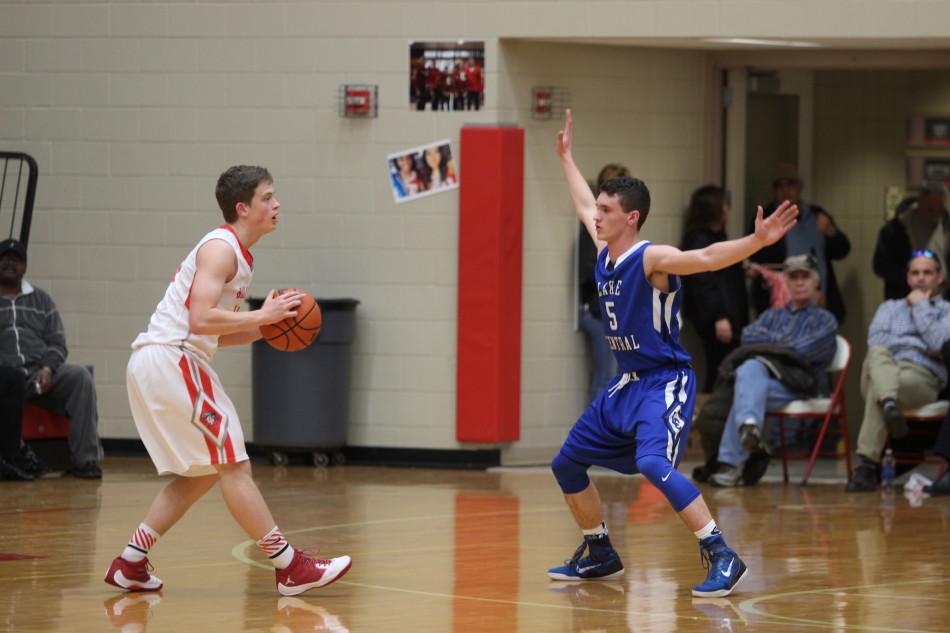 Connor Tomasic (10) stands directly across from a Crown Point player to defend the ball. Tomasic had to make a quick deflect, and was able to return the ball to Lake Central.

The JV boys basketball team battled against the Crown Point Bulldogs on Friday, Feb. 22. The Bulldogs defeated the Indians with a final score of 46-37.

“It wasn’t our best game. We definitely could’ve been stronger on our defense,” Justin Graciano (10) said.

“Our team has been pretty good so far, but, as always, we could still be better,” Graciano said.

The team worked hard and remained positive throughout the entire game. They discussed their goals and what they intend to do to improve from this loss.

“Crown Point has a lot of talent. We just had to pay attention more to detail and execute better. For now, we just have to try to get better and better everyday, and hopefully we’ll achieve that goal by the end of the season,” Jack Davis (9) said.