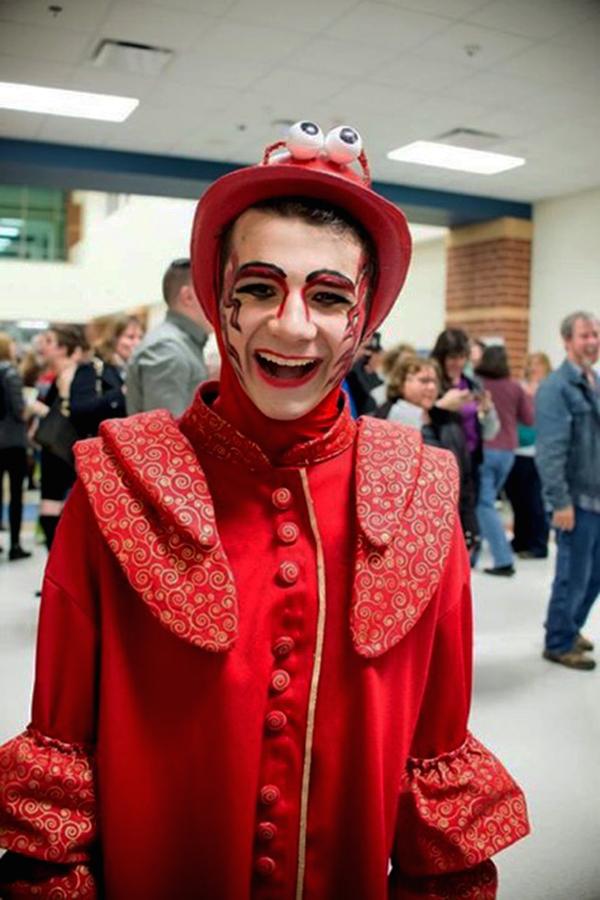 Playing the role of Sebastian, Aaron Cappello (10) is one of the main characters in “The Little Mermaid.” Cappello spent 20 minutes before the show getting his makeup done.

Q: How long does the makeup process take?

A: The makeup process takes about 20 minutes every day. I usually get my makeup done by the very talented [Evelyn] Reder (11) about two hours before the show starts.

Q:How does it feel to be one of the main characters in “The Little Mermaid?”

A: It’s great to be playing Sebastian. It was my favorite movie when I was little, and now I get to share that love with the kids [that come to the show]. Adults love the show too, but seeing the little kids’ joy after the show makes it even more worthwhile.

Q:Were you initially going for the part of Sebastian?

A: I was initially going for Sebastian, so I was very glad when I got the part.

Q: How did it feel performing on the new stage for the first time?

A:Performing on the new stage is indescribable. We were cooped up in the LGI after the old auditorium was torn down, and it limited us very much. Now that we have this beautiful auditorium, we have the resources to achieve greatness.

Q: How does it feel taking the role as Sebastian?

A: When I found out that I had gotten the role, I was overjoyed. It was an opportunity in its own.

Q:How long did it take to perfect your role?

A: I can’t really put a timeline on [perfecting my role] because it still isn’t perfected. I’m finding new moments every night where I can develop my character more. As for the accent, that took about a month for me to get it to where it is now. It still isn’t perfect, but who is?

Q: How were your nerves performing?

A: My nerves weren’t too bad [when performing] because I knew we were prepared and would rock it.