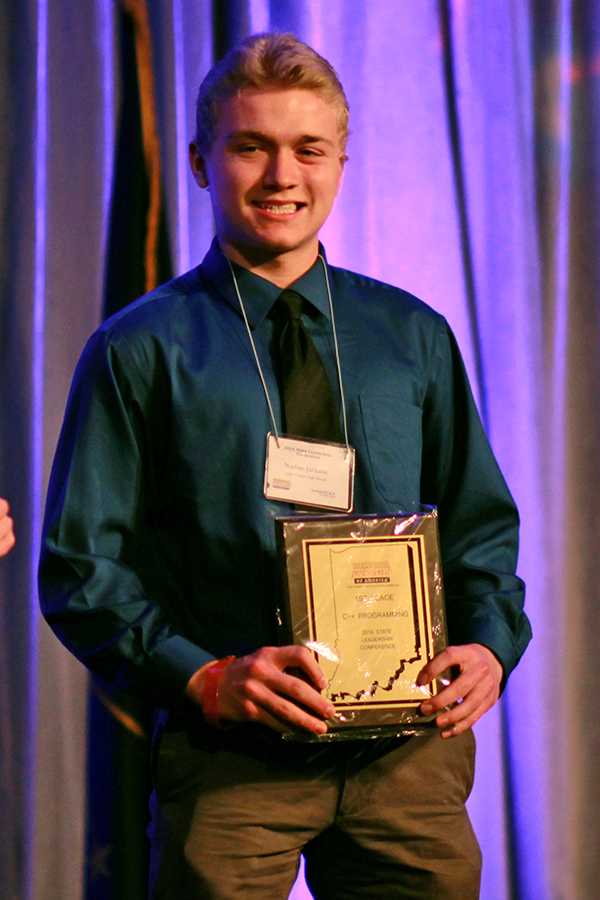 Q: Which event did you do?

Q: How did it feel to win first place?

Q: What did you do to prepare?

A: I went over coding again and just did some stuff I did during that class to get used to the syntax again.

Q: How do you feel about going to Nationals?

A: Pretty excited. It’s the third year I get to go. I did better this year than ever before, so I feel like I actually have a shot at placing nationally this year.

Q: How are you going to prepare for Nationals?

A: I’ll practice coding again and get more used to it. Learn more advanced concepts.

A: I’ve been in BPA all three years, and I’ve competed in C++ Programming.

Q: Have you placed in them before?

A: For C++, I have had second at State and fourth at State.