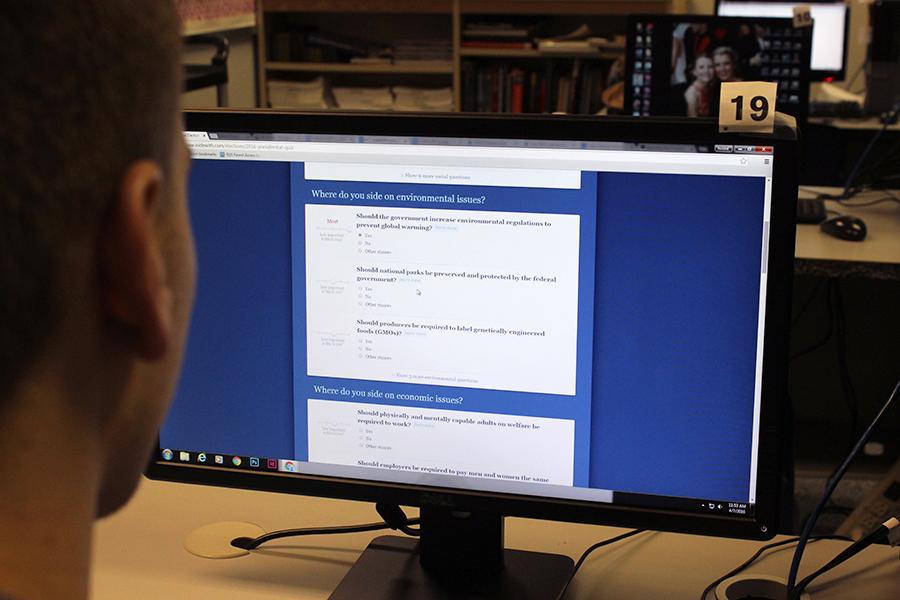 iSideWith.com has a free quiz that helps users know which presidential candidates they agree with. According to iSideWith.com, 35,463,135 people and counting have taken the quiz as of April 7, 2016.

Becoming an informed voter is a crucial part of an election. This is something that is being helped by a certain viral website.

“iSideWith.com is a website that helps people decide who to vote for in the upcoming presidential election,” Ana Zanza (11) said.

With many candidates in the running, each with their own sets of policies and ideas, it is often hard to determine which candidate matches best to voters’ beliefs.

“The website has a quiz with questions about current political issues. You choose the answer you most agree with for each question, and at the end they match your opinions with a presidential candidate that you ‘side with’, giving you the percentage of compatibility for each,” Zanza said.

The quiz gives results for both candidates and party orientation. Not limited to only Democratic and Republican, the website also gives info about third parties that are often looked past.

“I did not know there were two more options: a Green Party and an Independent. I wasn’t really shocked as I’ve heard of the parties before, but it definitely intrigued me to research more about the stances of each,” Sean Meyer (12) said.

Research on nominees is often filled with bias, making it difficult to discover which nominee truly represents the voter.

“Even though I won’t be able to vote in the next election, I feel like taking the quiz was extremely helpful. It would be difficult to figure out where all of my views align, but the quiz found that for me,” Hannah Sarkey (11) said.

Taking the online quiz can be a crucial tool for students eligible to vote in the next general election, like many upperclassmen are.

“I think voters can be uninformed and persuaded by the media, so I think it’s imperative for eligible voters to understand who they’re voting for, and not just believing what the media wants,” Meyer said.

Students can take the quiz at https://www.isidewith.com/political-quiz