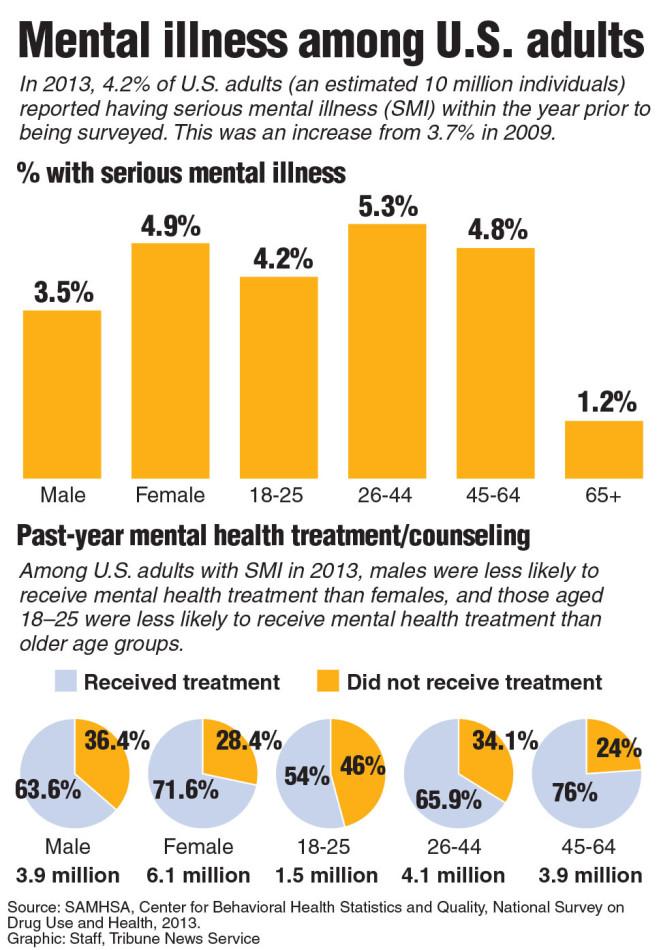 According to the NAMI, The National Alliance for the Mentally Ill, In the United States, 20 percent of teenagers ages 13 to 18 are dealing with a mental illness, but the topic of mental illness is only lightly skimmed over in the high school health curriculum.

“A lot of times, people look at mental health as a private issue. It is, but it still needs to be something that is educated. We do learn about it in health [class] in middle school, but we only scrape the surface of what it really is. We know what each illness is, but we never really know about how to deal with it. I think that learning not only what the definition of the illness is but how to deal with it and how to live with having it is a good thing to teach people, especially when mental illnesses are becoming more and more common to come across,” Hannah Souronis (11) said.

The stigmas surrounding those with mental illness can make it hard for people to admit they are struggling.

“Mental illness is treated as something like it’s a real thing but not around here, almost like you’re not allowed to talk about it around real people. When speaking about a mental illness, people think of someone in the loony bin in a straightjacket and stuff and that just helps the stigma, it’s unfair. It could be improved by just taking a day or two in health or in any class to discuss it,” Kaityln Seitz (11) said.

With the improvement of education in the future, we can work to get the stigmas surrounding mental illness erased.

“It’s important for kids to talk about it because they need to know that it is okay to reach out for help. The more information known about any mental illness can help with the stigma around it and aide in helping those with mental illness,” Seitz said.