Indians hit it out of the park 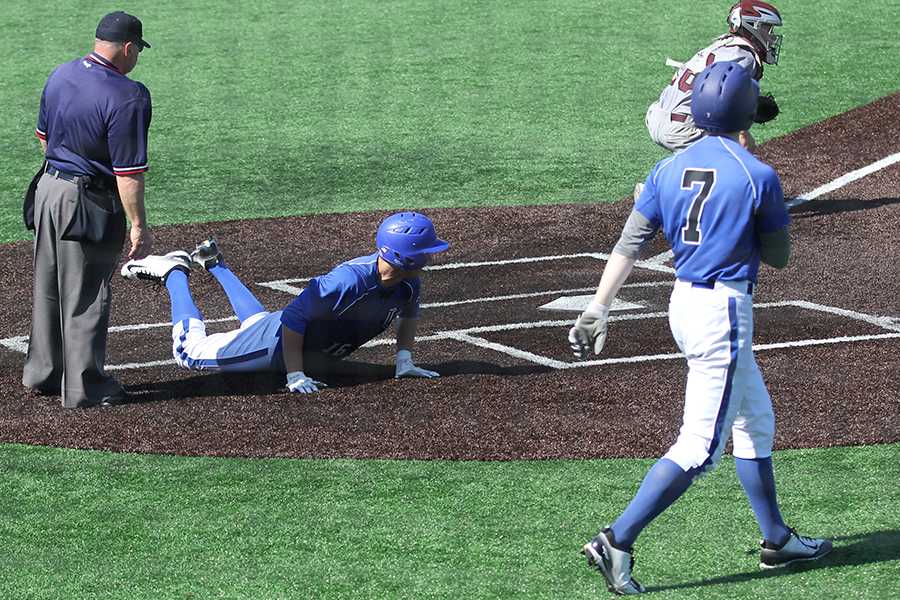 Nicolas Bandura (11) slides home after a ball was hit into the outfield. Bandura was safe.

On the morning of April 16, the varsity baseball team took on Lawrence Central at home to play a double header. The Indians won with a final score of 9-1.

“We did good. It was the first game we hit well in a game situation. It was probably the best game we’ve played all year. It was really hot, nicest day for a game so far. No one really thought about it, but it probably did [affected] the game,” Maxwell Pattison (11) said.

Going into the game, some players were anxious about the outcome. Conner Tomasic (10) was one of the players that were especially nervous.

“I did okay. I was nervous coming in as the young guy, a sophomore starting at shortstop, but it was fun,” Tomasic said.

Due to the double header setup, the team took a different approach in terms of defense.

“[Because it was a double header] we switched up the lineup more and got as many guys in as possible, so that was fun,” Pattison said.

Although the Indians won, the players still think the team needs to work on certain aspects of their playing. These improvements are for both the team and the individual players.

“We need to get better as a team with situational baseball by moving runners over and bunting. I can get better at that as well,” Pattison said.

During practice, the team worked on other aspects of the game. The main focus of their practices was hitting.

“All we did at practice was hit, hit and hit because that’s what we’ve been lacking this year,” Tomasic said.

Players are already looking forward to the rest of the season, including key games that will lead to postseason play.

“I’m looking forward to Sectionals and I think we can really go deep into the playoffs this year with this team,” Tomasic said.