A festival of fun 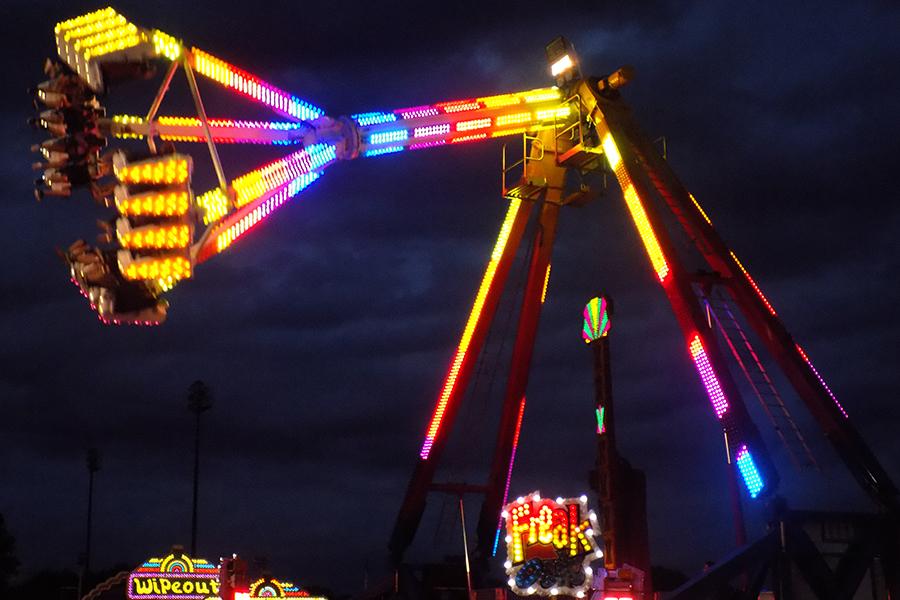 The Freakout runs and propels high in the air. The Freakout was a ride at the Dyer Festival.

During the weekend of June 9 to June 12, the town of Dyer hosts it’s annual festival at Pheasant Hills Park.

“[I look forward to the festival] because I like going on the bigger rides and playing games,” Amanda Shurbaji (10) said.

The festival has many different food stands, and the funnel cake stand is a favorite among festival-goers.

“[My favorite food stand] was the one with the funnel cake because I don’t get funnel cake a lot. This is the only time of the year that I can get one,” Amy Denton (11) said.

The festival is home to a ride called the Wipeout. It is one of the more popular rides.

“The Wipeout is my favorite ride because it doesn’t go too high, and [it] spins really fast. The worker also looks like Darren Criss, my favorite musical actor,” Denton (11) said.