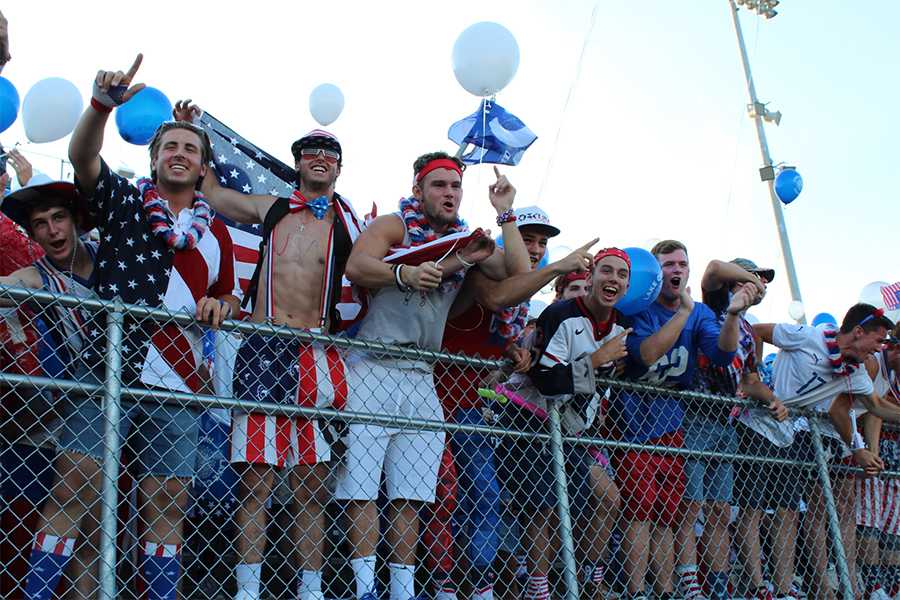 Lake Central’s student section cheers on the team. The theme was USA night.

On Friday, Aug. 19, the varsity football team took on the Munster Mustangs. For the first time in three years the boys defeated the Mustangs with a score of 35-7.

“It was an awesome environment. We got to go against one of our biggest rivals. It was great coming out with all the seniors, and we’ve been waiting three years to finally beat [the Mustangs]. We knew straight from the start that we were going to come out and do the best we could,” Michael Pena (12) said.

Quincy Tribble (10) welcomed himself into the varsity lifestyle with a punt return touchdown and gave the Indians a 20-7 lead.

The Indians hope to take both the negatives and positives from this game, along with their three main points, and build them up in hope of an even better outcome this Friday, Aug. 26 against Lincoln Way Central.

“We just have to focus on our three main points: preparation, execution and winning the emotional battle. As long as we keep focusing on these three points I expect nothing but good things,” Nicholas Lucas (12) said.