The fight against the wolves 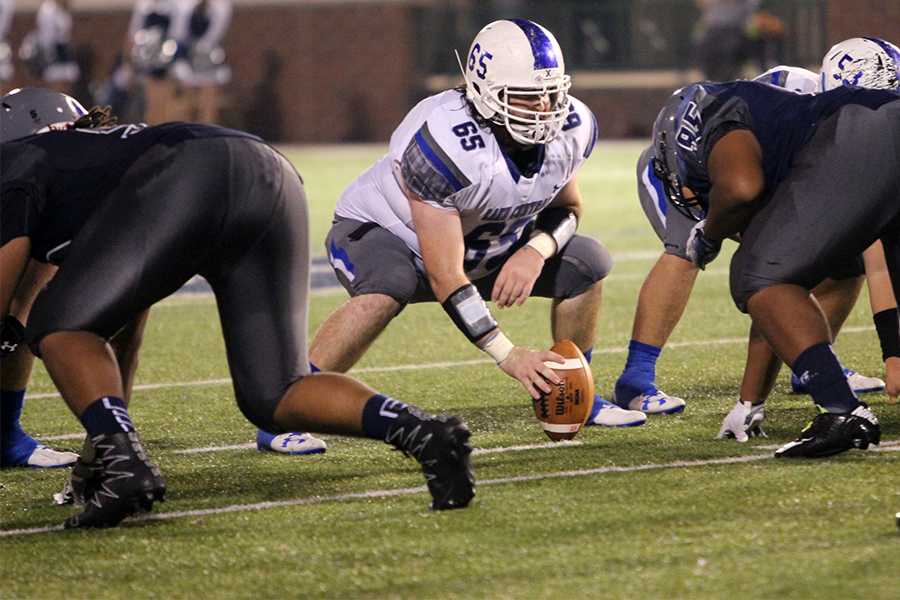 Dakota Barnett (12) gets ready to snap the football back to the quarterback. The offense scored a total of six touchdowns.

On Friday, Sept. 23, the Lake Central varsity football team traveled out to Michigan City to take on the Wolves. The Indians fell to the Wolves with a final score of 46-42. Going into halftime, the Indians took a two touchdown lead with a score of 42-28. Lake Central kept the advantage until there were two minutes left in the game when Michigan City scored their final touchdown and secured their win. Even though the Indians didn’t end up winning, the players felt they have improved since the start of the season.

“Even though we lost again, this is the best we’ve played since the summer, so I feel like things are going to turn around soon,” Anthony Giles (12) said.

After the game, the players knew personal improvements needed to be worked on for next week’s game.

“I had two holding penalties called on me Friday night. I know I have to get better at not holding in practice this week, so I don’t do it in next week’s game,” Dylan Schwader (12) said.

The Indians are now 1-5 with their standings and only have two more games until playoffs start. The players are still determined to reach their goals and go far in the postseason.

“Even though our season isn’t going the way we wanted to go so far, I just keep telling myself we worked too hard to just give on this season. We still have ours eyes on the prize and that’s a sectional championship,” Schwader said.

The next home game will be Friday, Sept. 30, against the Chesterton Trojans for Lake Central’s homecoming game.