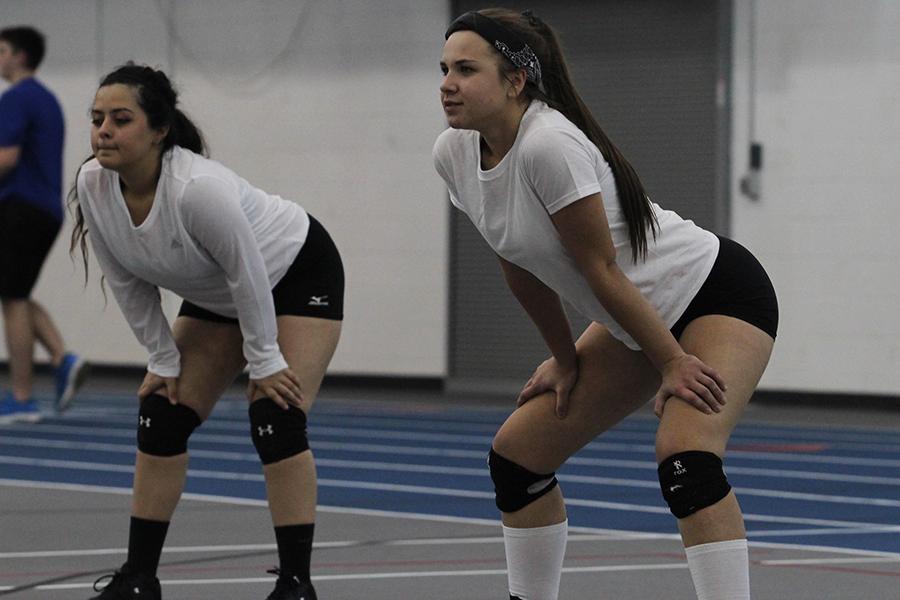 In a school of 3,000 students and only 36 varsity, junior varsity and freshman athletic programs, it can be tough for one student to pursue a sport that he or she loves. This week, however, Lake Central made that feat easier to accomplish. After months of planning, staff and administration, lead by Mr. Andy Gurnak, Physical Education, opened the first ever intramural volleyball league for students of all grades and genders to participate with no tryout needed.

“The ultimate goal [of intramural volleyball] is to get kids participating in some competition. It’s geared toward students who aren’t necessarily athletes, so it allows a lot of different students to play. I think the teams showed a lot of enthusiasm. A lot of teams have their own Twitter pages and are practicing. The sportsmanship and competition was really good this week,” Gurnak said.

The league is comprised of fourteen teams of 6-10 players split into two divisions. The “East” division teams play every Tuesday, while the “West” division plays mainly on Thursdays. Each team must have at least two boys and two girls on the court at the same time.  Although the league was intended to be used for fun, the competitive edge of the players has added intensity to the games.

“The league is really cool, and it’s actually been much more competitive than I expected. It makes it a more fun environment to be around when everyone is cheering and getting into the games. My team is really competitive, so I think it is really good that all the other teams are competitive as well. It might be tough for teams that wanted this to be more of a leisure thing, but I think everyone can be happy with how this first week went,” Rachel Frieling (12) said.

This upcoming week each team will have one game on Tuesday, Oct. 25 because the Thursday games were moved due to fall break falling on Thursday and Friday.