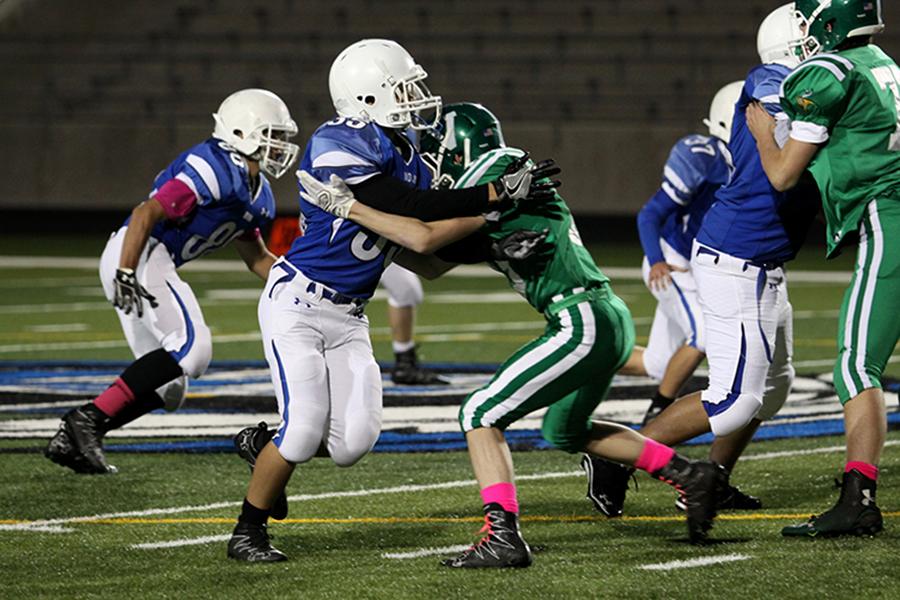 A player pushes his way through a Valparaiso player. He ended up getting through.

On Thursday Oct. 20 the freshmen football team took on the Valparaiso Vikings. The Indians went home with a victory of 28-27.

“This season has been a lot of hard work and dedication being my first year in high school,” Matthew Ossanna (9) said.

For many of the boys, the transition between high school and middle school football was drastic.

“The difference between middle school and high school football was definitely the fact that we were held accountable for our actions, and we were also more disciplined,” Jared Gibson (9) said.

There are many different views on freshman year football. Most of the players are just trying to get a vibe from the game.

“It’s exciting being a freshman at Lake Central for football. I got to meet new people and get a taste for high school football,” Jared Gibson (9) said.