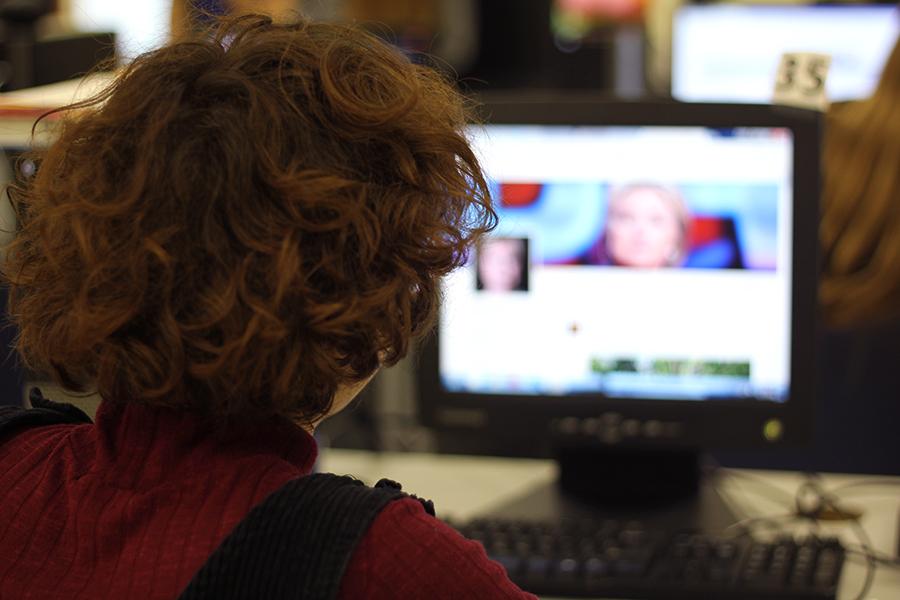 Mia Brann (11) observes a Hillary Clinton support Twitter page. While some students do their own research to form their political opinions, most rely on social media.

Never has social media had such a strong impact on a presidential election than this past year’s between Hillary Clinton and Donald Trump. After viewing only a few tweets about a candidate, students can form their political opinions—and believe in them strongly. Is this an effective way of deciding where students stand, or is social media a sleazy source?

“I think [forming political opinions from social media] is stupid because you’re making your opinions off of other people’s opinions. If you’re not doing the research yourself, how are you supposed to know if all of the things being said are true?” Vanessa Torres (11) said.

While social media is home to both fact and faux, some students believe that it is helpful when first learning about a candidate and their party.

“Social media has influenced my political opinions. I didn’t know much about Republican views until [I saw them] on social media, and I learned about how my views differ from theirs,” Taylor Gleason (11) said. “I think social media is a positive influence because it can help guide you toward views that fit you.”

Others believe that their own research should help figure out where to stand on certain issues.

“After Bernie Sanders wasn’t in the election anymore, I stopped looking into it. When he was, I went online and researched what we should be doing, why we can’t have the things we want in our country and the general views of the candidates,” Torres said.