Taking down the Brickies 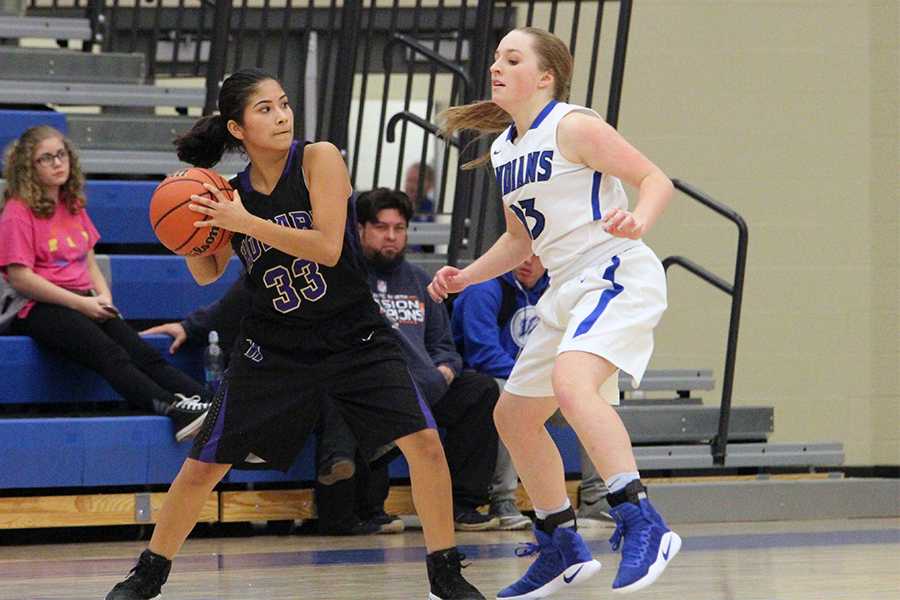 Brooke Czaja (9) guards her opponent during the third quarter. The defense only let Hobart score two points the entire game.

The freshman girls basketball team took on Hobart Monday, Nov. 21 at home. The Indians defeated the Brickies with a final score of 46-2.

The girls started the game off by scoring two layups within the first two minutes and ended the first quarter with a score of 21-0. The Indians then kept the lead the entire game and withheld Hobart from scoring until late in the third quarter.

“I think my favorite moment was when I stole the ball and passed it to Brooke Czaja (9) on a fast break and she finished the play with a layup. [It] was really fast and exciting, and the audiences and the coaches reaction made it so much better,” Julia Nawrot (9) said.

Playing on a high school team can be a different experience than middle school teams. Although the games is the same, the pressure is heightened and the skills are advanced.

“At first it made me really nervous, but after playing a few games I’ve realized that the game hasn’t changed. I just need to keep playing to the best of my ability. Now I’m really excited and look forward to what we’re going to accomplish in our future games,” Nawrot said.

Even though the Indians gained a win Friday night, some players kept in mind what aspects they need to improve on to continue winning for the rest of the season.

“We can definitely improve how we run some of our plays and maybe fouling a little less,” Nawrot said.

The next home game for the freshman girls will be on Monday, Nov. 28.The Indians will play against the Bulldogs at 6 p.m.