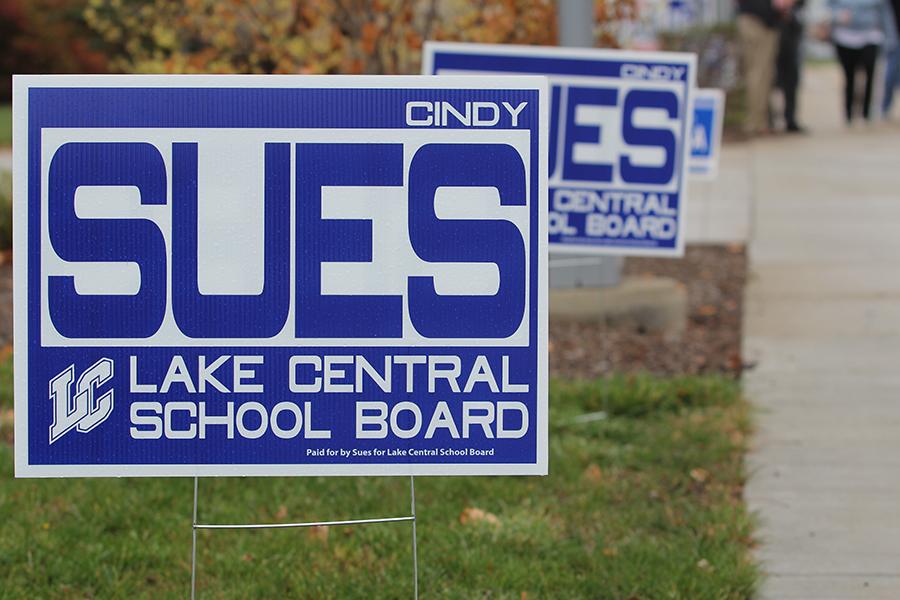 The 2016 election season was highlighted by Donald Trump’s unexpected defeat of Hillary Clinton, but it was not just the Presidential Election that took place on Tuesday, Nov. 8. Alongside the presidential, gubernatorial and congressional voting, voters in the tri-town area were given the chance to vote for three of the five seat openings in the Lake Central School Board.

Among the three seats available for voting were the St. John seat, the Dyer seat and the at-large seat, which were won by Cynthia Sues, Donald Bacso and Janice Malchow respectively. The job of the board is simple: to work together and produce what they deem beneficial for the corporation as a whole, and for each individual school.

“A school board member represents community. We are a [connection] between community and the school leadership. At the same time we are responsible for making sure for making sure there are appropriate resources in our schools,” Malchow said.

Of the three seats up for election, only the St. John seat was won by a new member. Sues, who was previously a part of the PTO board at Kolling Elementary and has sat in on numerous school board meetings, felt the corporation was headed in the right direction and wanted to be an even bigger factor in that success.

“When my son was in second grade I joined the PTO [at Kolling], and I was very involved with the teachers and helping to raise money and getting them needs and wants for their classrooms,”  Sues said. “My youngest daughter led to me having to retire from that PTO board, and I had heard that Dr. [John] DeVries was stepping down, and I thought what a great time that would be to run for school board. I can [now] continue with the Lake Central mission, and I can continue helping the community and Lake Central School Corporation grow by having a voice for the teachers as well as the students.”

Throughout the existence of the school corporation, the board has had to make major decisions and suggestions, such as the building of the new facilities. One member might not be able to make decisions on his or her own, but instead it is the ability of the members to collaborate on an ideal solution for all.

“We need to work collectively as a board. The school board has requested a strategic plan to be completed so our administration is in the process of strategic planning. From that process will come out our strengths and weaknesses. Then we will write an action plan of goals to address the needs and/or keep the positives moving forward,” Malchow said.

The board is a key component to the success of Lake Central schools, and it is important for parents to get involved. Whether it is voting on referendums or simply attending basketball games at the high school, they must find a way to get involved. The success of the corporation can be credited to administration and board members in large part, but without the help of the community the corporation cannot reach its peak.