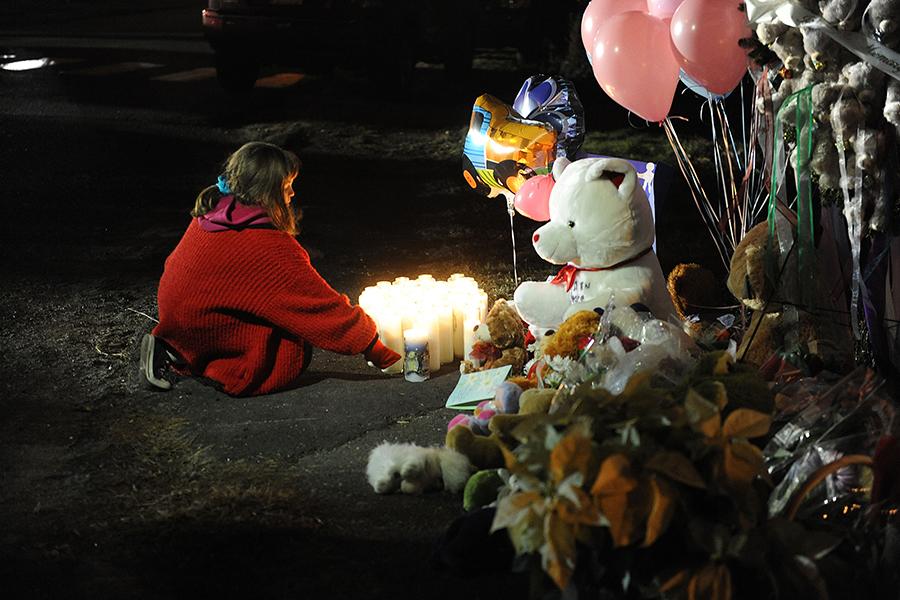 A girl lights candles at a memorial near Sandy Hook Elementary School on Saturday, December 15, 2012 in Newtown, Connecticut, a day after a shooting rampage at the school. (Olivier Douliery/Abaca Press/MCT)

Four years ago today the world mourned with Newtown, CT.

What started off as a regular day at Sandy Hook Elementary School quickly turned into a nightmare. Adam Lanza, age 20, walked into the school and opened fire, killing 20 students and six staff members. Lanza then proceed to shoot himself.

Almost immediately, shock waves were sent throughout the country and the world as the horrid news began to stress. Many were glued to their televisions, waiting for the newest update from CNN. As the night progressed, the pictures of innocent young children and teachers moved across televisions and social media. Facebook and Twitter were filled with prayers and best wishes being sent to families of those affected, but nothing could ease the pain.

President Barack Obama, who faces tragedies day after day, stepped up to his podium and gave a heartbreaking speech. He sent his prayers to the parents of the victims as he wiped tears from his eyes. Even he was in shock.

Now, four years later, the parents of the school came together to create a gripping video. It shows the progress of a teenage boy and girl getting to know each other by writing messages on a library desk. The two then meet in the school gymnasium to sign yearbooks at the end of the school year, when out of nowhere another teenage boy enters the gymnasium and begins shooting. The video then flashes back to that show while everyone was focused on the library lovers, the young boy had been plotting a shooting in the background the entire time.

It is important to look out for signs. No person will ever be open about doing something as awful as a shooting. Remember the beautiful faces of those young children. They should be in school today, not being remembered at vigils.