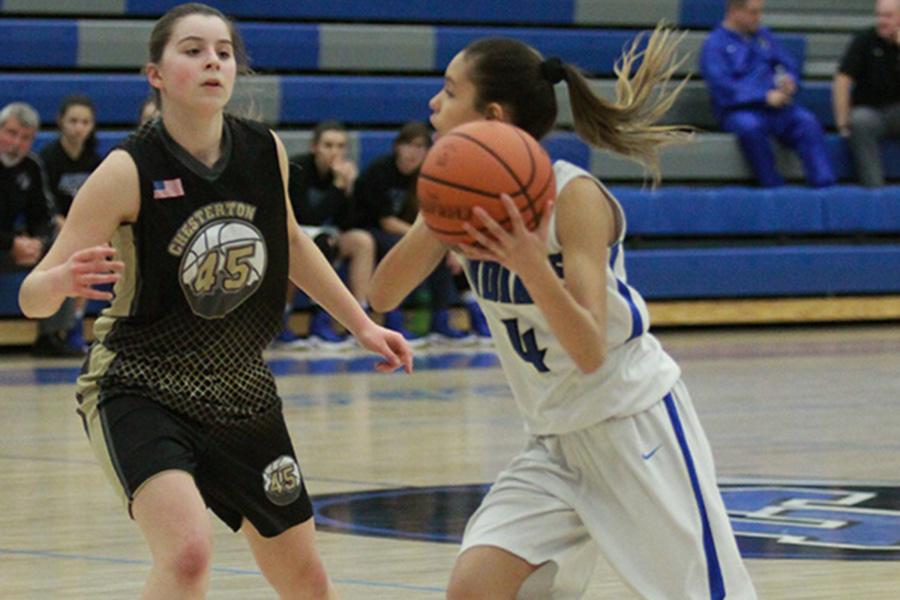 Vanessa Anaya (9) runs to pass the ball to a teammate. Anaya contributed with the team’s victory.

“[The game] was good, but I think we played on [Chesterton’s] level and we could’ve done better,” Elaiziah Gibbs (9) said.

The girls won the game, but they have some strategies they would wish to improve on.

“As a whole, I think we could have done better on defense and offense, [and we] definitely need all five girls boxing out. I think [we need] more positive energy and focus going into the game,” Mularski said.

Even though the energy wasn’t prominent, the Lady Indians pushed to keep their energy strong and ended with positive results.

“[This game] showed us not to underestimate a team no matter what and to work harder together to get what we want,” Nawrot said.

The girls will be having their next game on Jan. 19 at Merrillville.