Defeat for the Indians 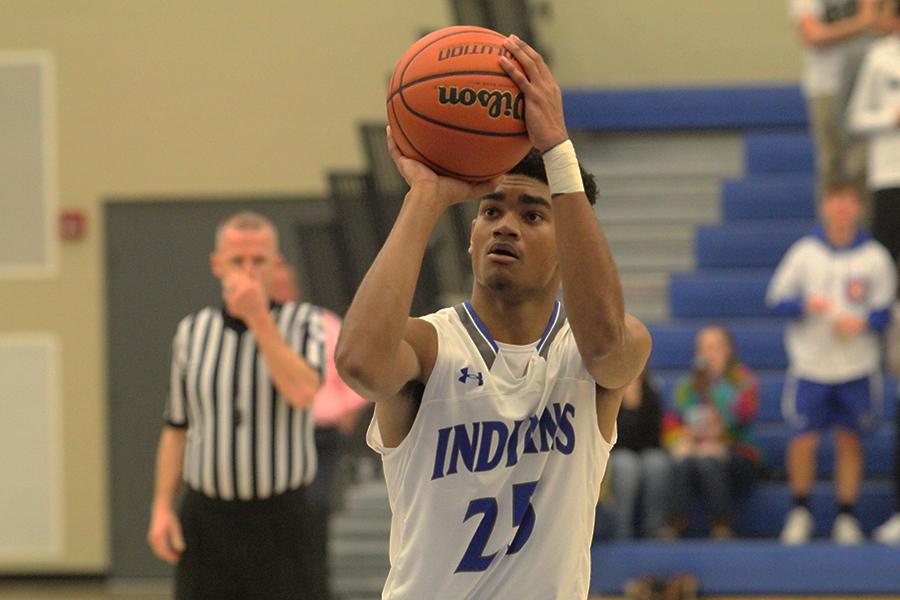 Keon Sellers (11) attempts a free throw. Sellers was one of the main players in the match.

The boys varsity basketball team took a close loss on Tuesday, Jan. 17. The Indians lost to Lowell with a score of 51-54, but did not look defeated.

Though the boys lost the game, they still stayed together and did not get angry with each other.

Although the game did not have the outcome it were hoping for, the team did not show bad sportsmanship on the court.

While the student section and cheerleaders cheered the team on, the morale never changed, keeping the spirits up.