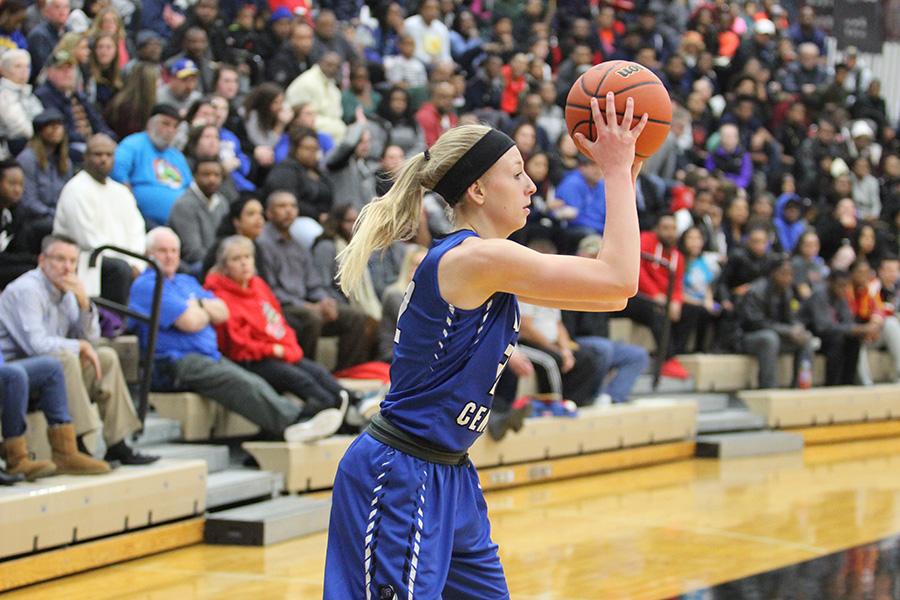 Rachel Robards (11) plays the ball inbound from the sidelines. The score at halftime was 24-23, Lake Central down by one.

The varsity girls basketball team competed in the semi-final Sectional game against Gary West Side on Feb. 3. Only down by one point at the end of the first half, the Lady Indians could not execute throughout the second half to take home the victory.

“Our defense was good, but there were some mistakes that we made that could’ve helped us win the game,” Aubrianna Gibbs (11) said.

Despite being down at halftime, Lake Central held on and ended the third quarter only down by a couple of points. The Indians then rallied to tie the game and took the lead. Although taking the lead did not stay that way.

“I think we did the best we could, but we had a lot of fouls,” Gibbs said.

The Indians were also occupied by a roaring crowd of Lake Central students. The student section, lead by Tyler Winiecki (12), used their numbers and their color coordinated white theme to boost the confidence and cheer on the girls.

With a final score of 61-50  the game did not please the eye of an Indian. This was the last game of the season for Lake Central.