A win that slipped away 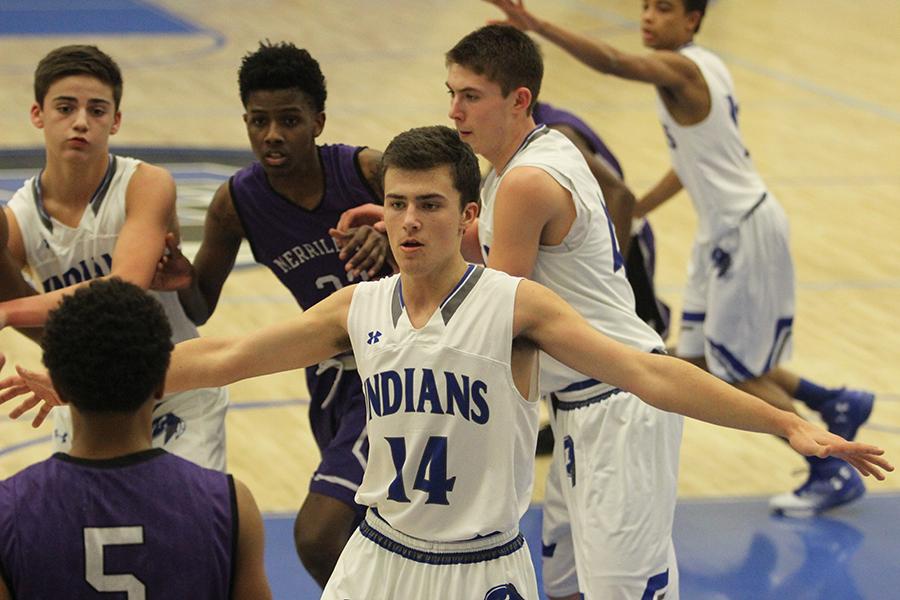 The JV boys basketball team use defense skills to try and re-gain the ball back. The team lost the game 36-34.

On Feb. 2, the JV boys basketball team took a hard loss to the Merrillville Pirates with a final score of 36-34.

“I think we played good overall, but we let things slip away towards the end. We had a couple of costly turnovers at the end that let things get away from us,” Derek Szymczak (10) said.

The boys played a good first half of the game with a score of 21-13 going into the third quarter.

During the fourth quarter, Merrillville gained stamina and came back to tie the game 34-34.

“I felt like our team didn’t want the win as bad as the other, and the stats show it. We gave up three offensive boards and turned the ball over too many times in the last two minutes of play,” Isaac Betty (10) said.

With 14.8 seconds left on the clock, Merrillville made a two-pointer that won the game.

“I was pretty upset since we played better then them the whole game besides the last minute,” Ciapponi (10) said.