Sprinting Into a New Season 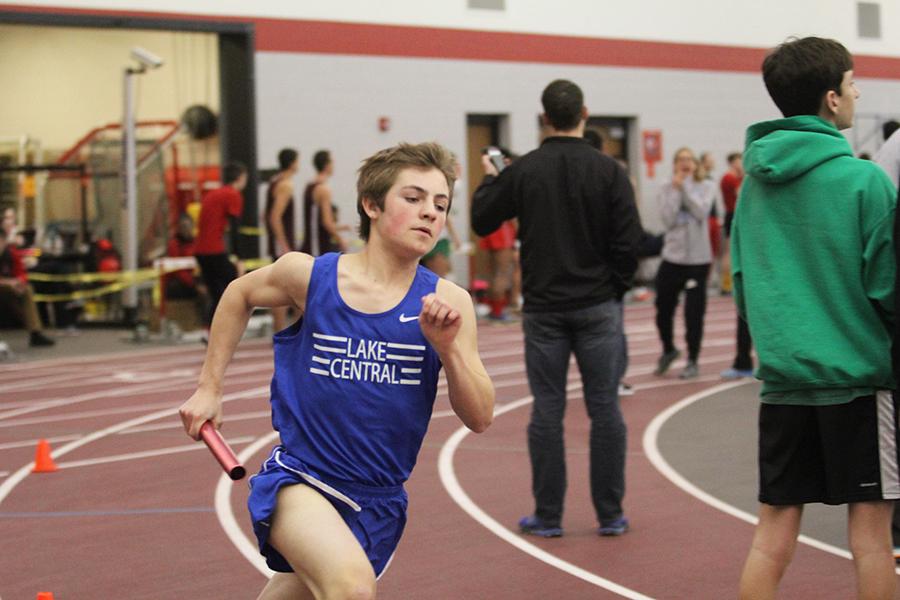 Alexander Miller-Swain (9) sprints down the track in the 4X800-meter relay. Miller-Swain helped bring the boys into first place for the race while he ran.

Boys and girls track kicked off their season Saturday, March 4, at Portage High School. The boys and girls teams both united together for one super team and participated in multiple events ranging from long jump to running the 3200-meter run. Both teams won multiple races throughout the day.

“It was exciting to start off well in the first meet of the season. My goal is to make it back to State for the 1600-meter race and enjoy my last season,” Sarah Hunsley (12) said.

Notable performances came from Hunsley who placed first in the girls 3200-meter run and Antonio Pavloski (12) and Anthony Giles (12) who both broke the school record for the boys 60-meter dash. The boys 4-by-2 team broke the school record the team was made up of, Antonio Pavloski (12), Anthony Giles (12), Quincy Tribble (11), and Joshua Benson (12). Meghan Long (10) jumped 17.2 feet in the long jump event, and is now number two in the state.

“It is a good feeling. I have more room to improve, [and] once I get the right technique my coach tells me that I will be able to jump an extra two feet,” Long said.

With impressive feats as the season starts, the boys and girls track teams look toward a successful season. The next meet for the girls is Friday, March 10, at Lake Central. The boys’ next meet is Saturday, March 11, at Purdue University Lafayette.

“Well I am not going to be running any individual races, but I am hoping to bring down our ranking to top five, and maybe break another record.” Antonio Pavloski (12) said.