To the beat of the drum 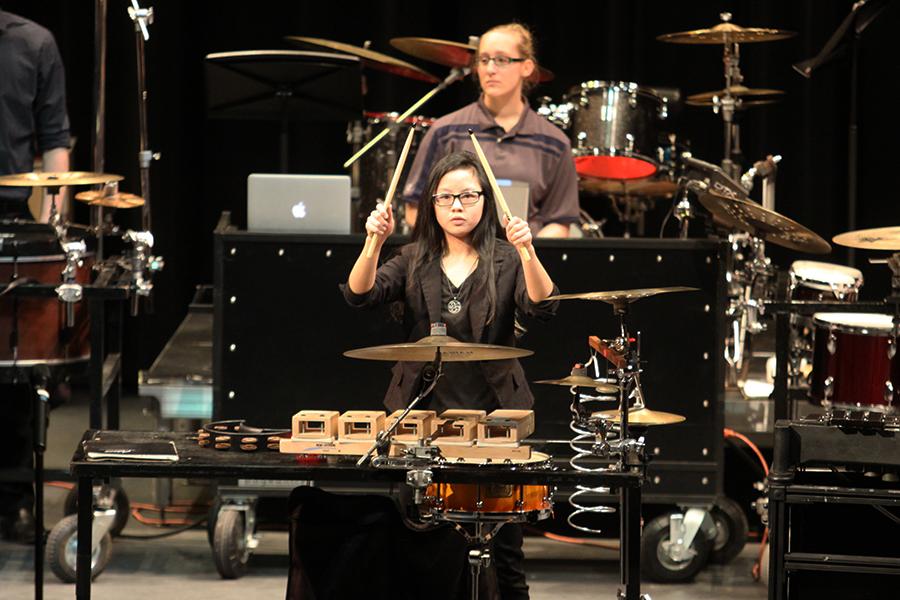 Courtney Parkinson (10) performs with the Winter Percussion group. They played the song “The Edge.”

“The first time we did a percussion concert was last year, so this is all pretty new. I know last year we invited all the middle schools over because we wanted to make it a big concert, and this is our second time doing that and it’s all kind of new,” Hannah Sako (11) said.

“I kind of like [playing with other schools]. It’s kind of intimidating at the same time. We’re rivals in marching band. I was honestly very nervous, and I think the rest of us were too. We didn’t really talk to each other, just kind of ‘hey, you’re at our school,’” Hannah Peters (12) said.

The last song of the night featured most of the high school students in their rendition of the song “Fragile”, which was originally composed by “Ghostnote,” a percussion group derived from the successful jazz and jam band “Snarky Puppy.”

“I think they did a great job, and they had actually never practiced it together except for a few hours ago,” Peters said.

Because the Lake Central Winter Percussion group will be competing at State in two weeks at Indiana State in Terra Haute, Ind., they performed their piece “The Edge.”

“I thought it was a pretty good run. Since we have State coming up in a couple weeks, it was nice to get out in front of an audience,” Sako said.