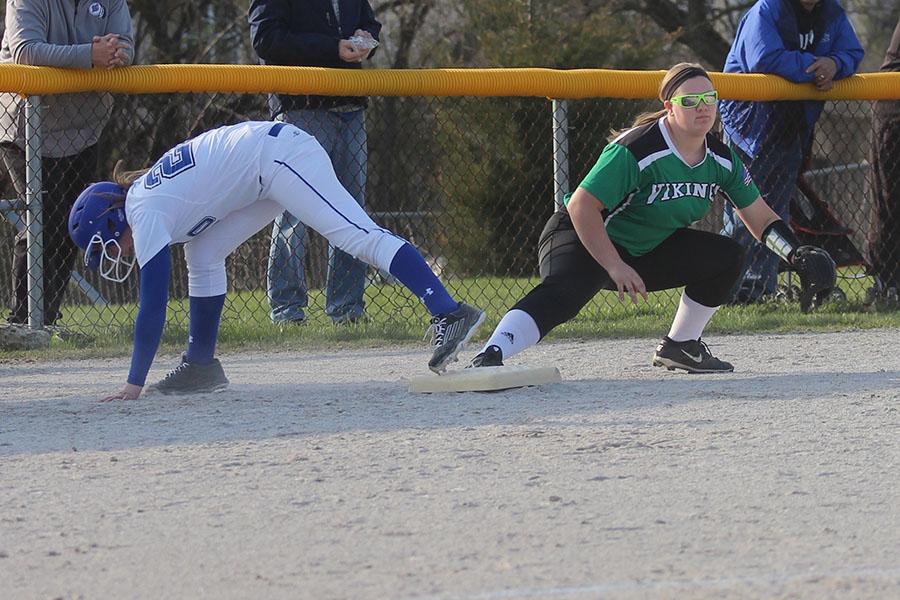 Hanna Hullinger (9) falls as she hits third base. The team has been undefeated since the start of the season.

“I think it was a great game and we tried as hard as we could,” Ashlyn Hempel (9) said.

The girls worked hard and strived for perfection.

“I think our girls played really well. I think tomorrow at practice we’ll be working on our base running, but we had no errors in the field. Every ball that came to them that needed to be catched was caught. They caught all the grounders. I think they played really well in the field and they had some good hits,” Melissa Miller, Head Coach, said.

Even though the team dominated Lowell, the girls believe that they have some areas in which they can improve.

“Definitely hitting and fielding could be improved. To be louder in the dugout, to cheer more and to be more positive about things can always help,” Angel Harper (9) said.

Since the start of the season, the team has remained undefeated. They also hope to gain knowledge and different skills.

“Staying undefeated is always the goal and for the girls to learn a little bit more, gain some knowledge, that they didn’t have before,” Miller said.