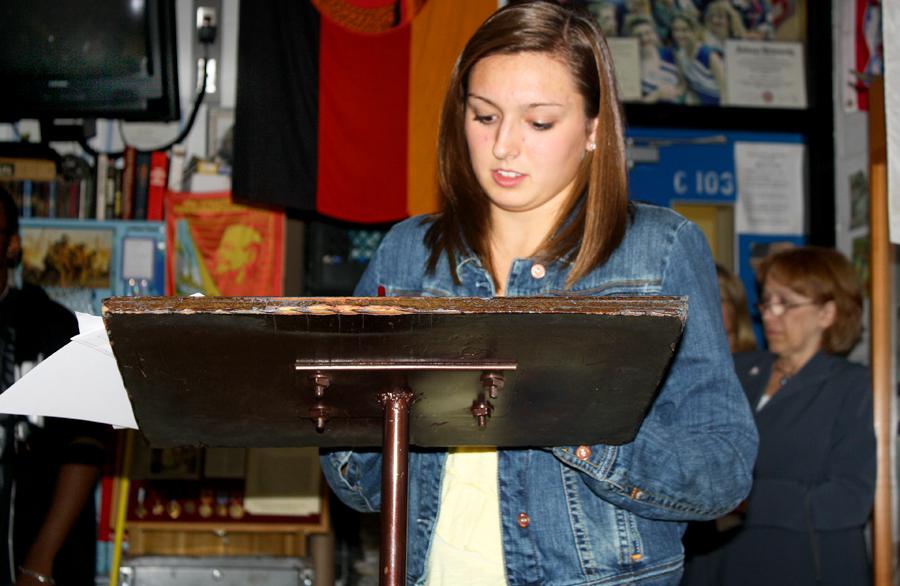 Alexandra Vuckovic (12) is the president of Interact, and her intentions for the club and becoming president were all but negative.

“I love doing charity work, and I didn’t like the way the president ran things last year. It was very unorganized, so I decided to run because I knew we could be better and more organized,” Vuckovic said.

The club focused on three major projects this year so that they would not become overwhelmed with work.

“So many people had tons of ideas for charity, but I knew we wouldn’t have enough time for all of them. So, I decided to limit it to ones that were very important. Last semester, we did the Food Drive, and this semester we are doing DVDs for the soldiers in Afghanistan. We are also getting toys for kids in Afghanistan called ‘Operation Care’ and participating in Relay for life,” Vuckovic said.

She does not take all the credit for the club’s success and believes that joining the club will benefit everyone in some way.

“Mr. [Tom] Clark [Social Studies] makes the club what it is; I just help him organize the ideas and put them to action. [The club] is a lot of work, but it pays off in the end. Last year, I almost cried because we raised so much money and collected so much food for the Food Drive, and it felt really good- plus, the club looks good on college applications,” Vuckovic said.