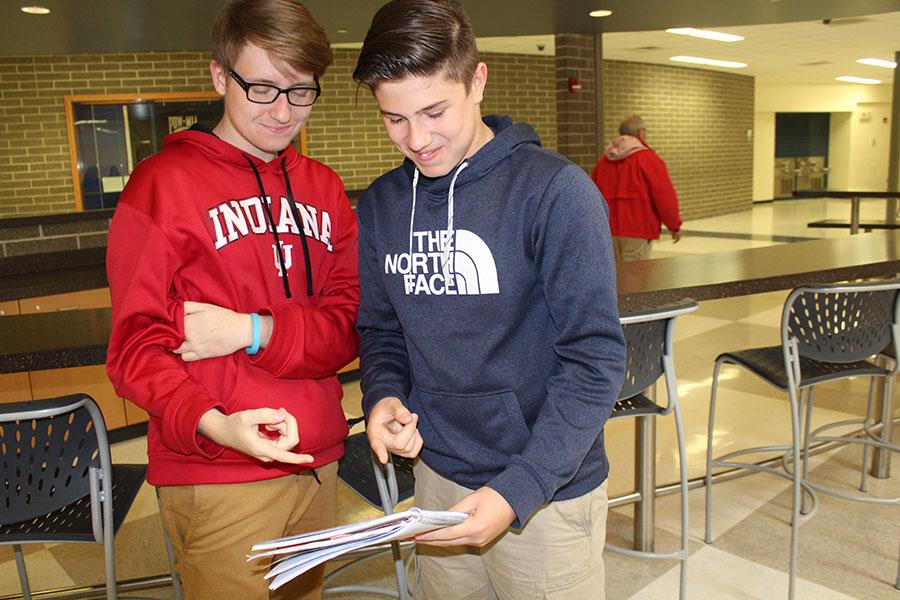 Marko Kolundzij (9) and Michael Toporis (9) read the notes of the last meeting. They shared that information with the rest of the cabinet and gave ideas for the next meeting.

On May 2, 2017, the freshman class cabinet met in the cafeteria to talk about the upcoming Freshman Rush.

“[We’re discussing] Freshman Rush and what we’re doing for it. We’re going to do tours and give out lanyards. We are also talking about t-shirt designs, but still thinking of ideas,” Mady Haney (9) said.

Members, such as Allison Centanni (9) and Mady Haney (9) took notes after they signed in. They, along with Aniyah Thompkins (9) and Michael Toporis (9), then gave ideas for the next meeting.