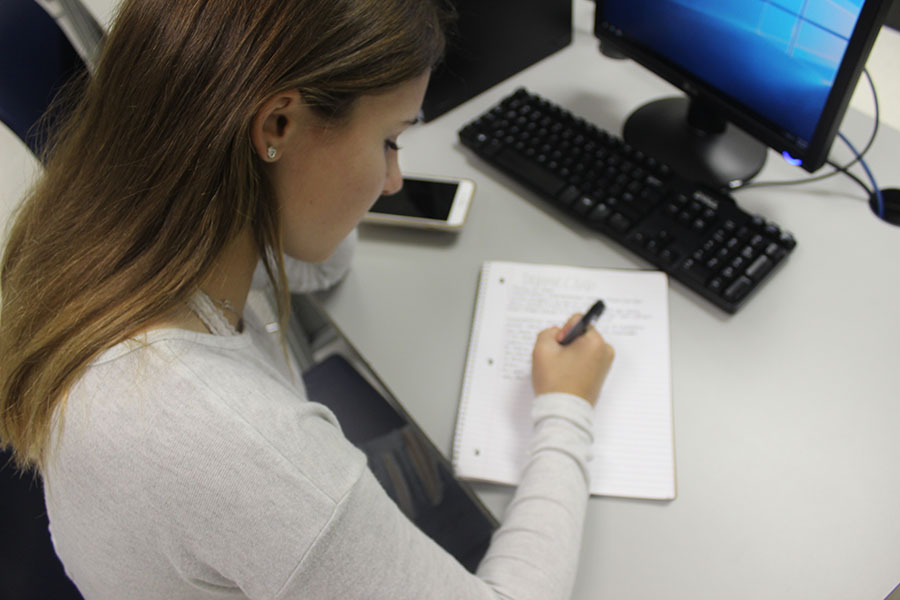 Hailey Pangburn (11), is currently trying to start up debate club at lake central. She was in debate club her freshman year, but then her sophomore year lake central did not have the club anymore.

Q: Did you start Debate Club or did you just join it?

A: My freshman year there was actually already a debate club started, and I joined it, but then my sophomore year they didn’t do it anymore, so I asked my government teacher to start it again, so we might start it again, or we might not.

Q: When and where are your meetings?

Q: What is the main goal or purpose of debate club?

A: For me it is like fun because I want to be a lawyer, so I mean that’s fun for me to argue people on certain topics and stuff.  It’s just fun, so I guess that’s the purpose, just in case you like to do something that involves argumentative stuff.

Q: Is there someone who told you about debate club or how did you get into it?

A: I think it was over the announcements freshman year, and I heard about it. I was super hyped up about it.

Q: How long have you wanted to be a lawyer for?

Q: What steps are you taking in order to become a lawyer?

A: Lots and lots of AP classes. I took AP Government, AP Psychology, AP English 11. Government will obviously assist me, Psychology because I want to be in the criminal justice field of law so I want to defend criminals who likely have psychological disorders and English because it helps with fluency and vocabulary.

Q: What is the biggest thing you’ve accomplished or gotten out of this club?

A: Probably some skills on argumentative conversations probably improved because I didn’t actually know how to argue somebody and how to counter them. I learned how to counter people and what to do.

Q: What is your best memory or experience you’ve had in this club?

A:When Dr. Dustin Verpooten, Science,  ran it we actually played games, like heads up for hours it was so fun.

Q: What is the most stressful part of debate club?

A: Lots of research. Lots and lots of research. You don’t really know  because you might talk faster or slower when you’re presenting in front of somebody opposed to being alone. That’s a problem too because you have to have a certain time length too.

Q: What are your main goals for debate club for the future?

A: I want to have some academic honor for Lake Central because we got killed our freshman year.