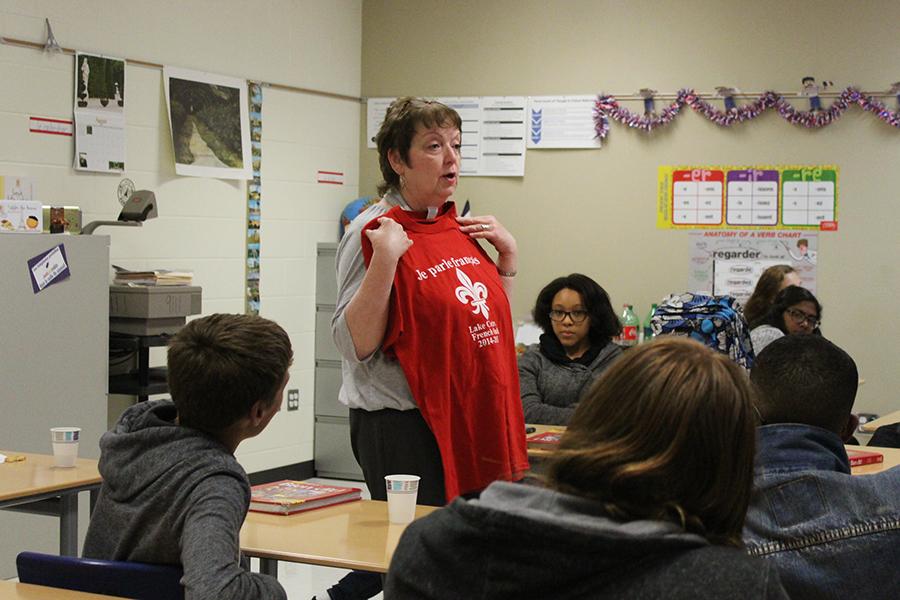 Q: What do you plan this year with the club?

A: We’re going to start out with an introductory meeting and hopefully get acquainted in time. We’ll also have a Mardi Gras celebration, that will be later in the year. We’ll also do Crepe making, probably in January before Mardi Gras.

Q: Who are the officers?

Q: When do you meet? Where?

Q:  What do you usually do routinely?

A:  We have people sign in, so we have attendance of who’s here. Then we proceed with whatever the theme of the meeting is. There would be one officer in charge of the meeting.

A:  It gives the students a chance to get in touch with some cultural aspects of France and of the country and people that they might not have a chance to learn about in class.

Q: Why should people join?

A:  To give the students something more than an academic approach to French.

Q: When did French Club start? How did it start?

Q: What is required from members of French Club?

A:  Each member pays $3 to join. If you want to be considered an official member, you need at least 75% attendance at the meetings.

Q:  What grades can join?

A:  All grades can join, as long as they are in a French class.