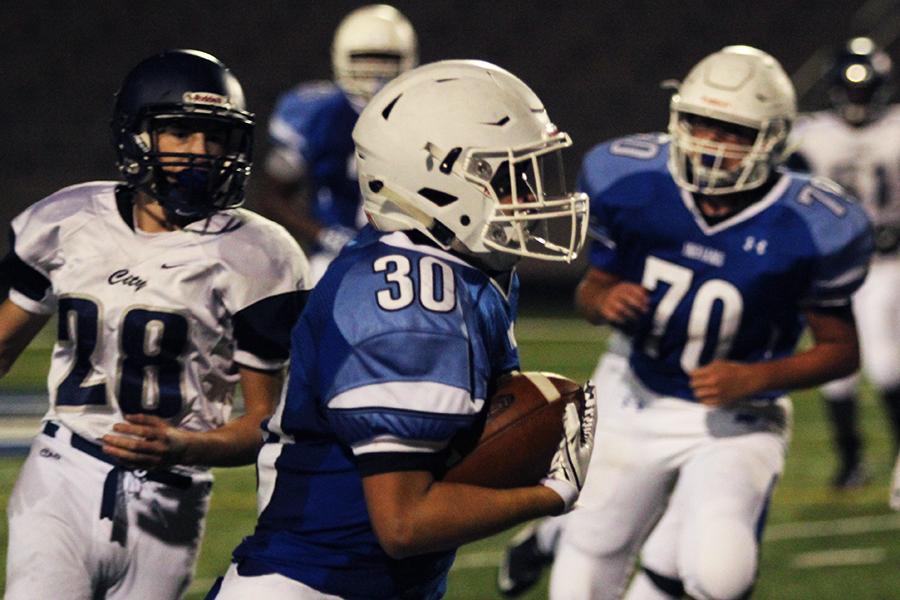 On Thursday, Sept. 28, the Lake Central freshman football team took on Michigan City. The team was driven by the cheers of the freshman cheerleading team and the spectators in the stands as they showed that they’ve got spirit. Lake Central lost to Michigan City with a final score of 7-26.

“It sucks that we took an ‘L’, but we learn from our mistakes and we live with the results,” Armond Earving (9) said.

The team’s spirit is always low after a defeat but as a team, they come together and work out new tactics.

“It brings everyone’s heads down, but we just got to keep them up, get up and practice, and keep going,” Tyler Kosinski (9) said.

The team is always striving to improve themselves for future games. To help achieve their goals, they step back and take a look at themselves.

“We watch the film, we see what we can get better at and we look at our mistakes, so we’ll get better. We will,” Earving said.

Lake Central may have lost this game, but the team still has their spirit and determination to win in the end. They will continue to fight and won’t stop until they have been proven victorious.

“Michigan [City] was a very good team, but they were beatable. Anything’s beatable,” Riley Pederson (9) said.