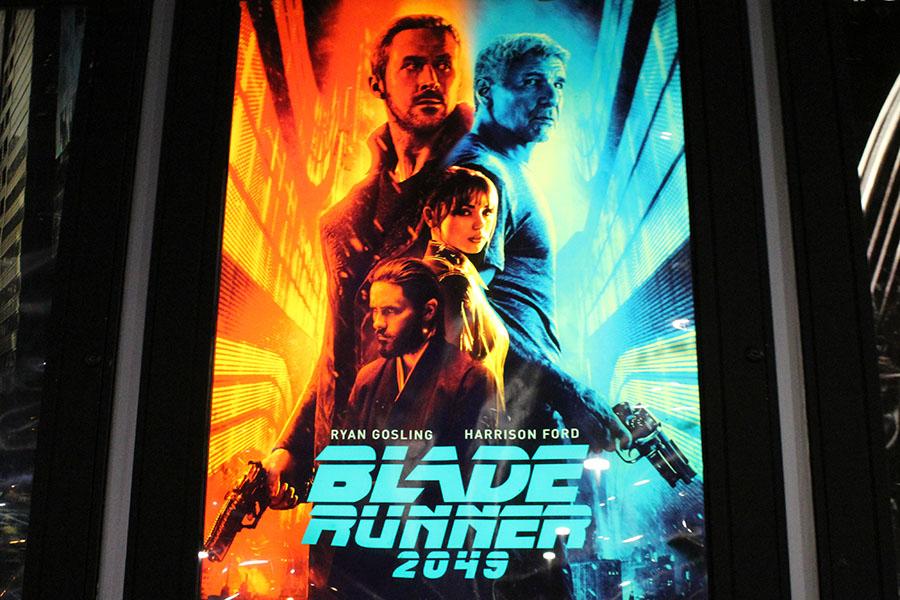 “Blade Runner 2049” is a fantastic film starring Ryan Gosling and Harrison Ford. It was released on October 6, 2017, and was immediately praised by many critics upon its release.

“Blade Runner” 2049 is a film starring Ryan Gosling and Harrison Ford that is a sequel to the 1982 film titled “Blade Runner”. It is a film that has been heavily praised by critics for its visual effects, compelling storyline, incredible writing and excellent casting decisions. Despite the lack of people flocking to see this movie, the movie is still excellent and absolutely deserves every ounce of praise it receives. It is a truly great movie whose storyline is unique and is definitely a movie that deserves to be seen at the movie theater.

The film centers around a bioengineered human that has been assigned the name Officer K (Ryan Gosling). His whole life, Officer K has been told and has believed that he is not a real human but rather a human created and engineered through technological processes. When compelling evidence suggests that he may in fact be a real human, however, he goes on an extensive search to find out whether or not this is the truth. With aid from his holographic romantic partner, Joi (Ana de Armas), he sets out to discover the truth but not without the disapproval of people who would rather he not find out the truth because of the fact that it would result in chaos across the nation. He later stumbles across Officer Deckard (Harrison Ford), a bioengineered human who has gone into hiding from those who would rather see to his death. Deckard aids Officer K in his endeavors to find the truth of whether or not he is human through a series of perilous encounters and hazardous situations that arise as a result of both of the officers’ notoriety.

The narrative of this movie is wonderfully written and the performance of every actor in this film is phenomenal. The film constantly has the viewer on the edge of his seat with the nail-biting suspense it has to offer. The visuals in this movie are absolutely stunning and beautiful and unmatched by almost any other movie that has come out in the last few years. From beginning to end, this film successfully and efficiently establishes an eerie, powerful and philosophical atmosphere that has the viewer questioning certain truths that are existent in life. This is a great film that should definitely be seen in the theater and is a film that holds a place among the best movies of the last decade.