A hobby that prepares for the future 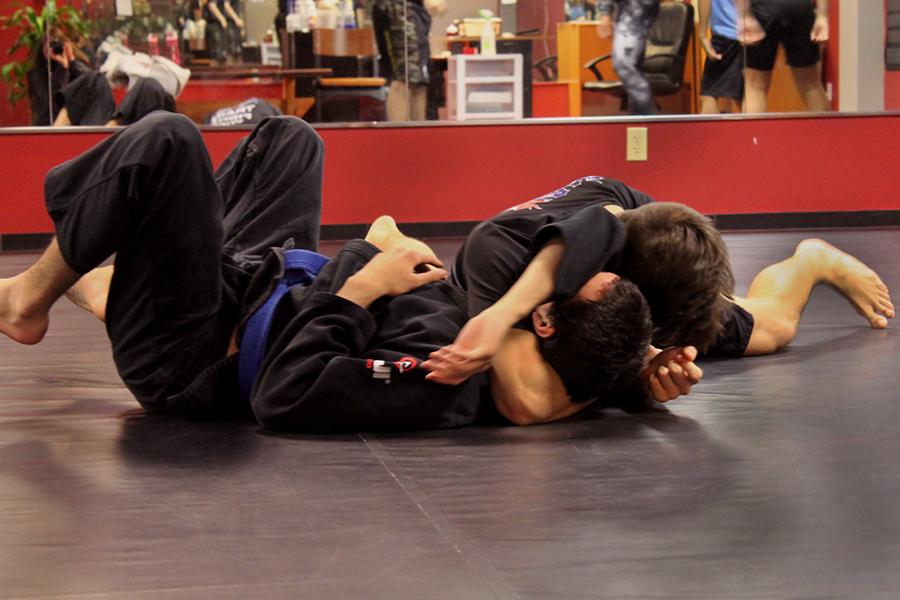 Skrezyna pins down his partner and refuses to let go of his hold. He spreads his leg to create a stronger hold and buries his head to deny his opponent a chance to reverse the hold.

Mason Skrezyna (11) may seem to be a regular student inside school, but outside he practices jiu jitsu. Skrezyna incorporates jiu jitsu into his schedule to prepare for his planned future.

Skrezyna attends practice as much as possible according to his schedule. He has also attended a competition last April and earned first place.

“I come home, I work out, I do homework, and then I go to jiu jitsu. I try to go about three to five times a week. I’ve only competed once, and the first time I competed I got first place, and I got a huge sword as a trophy, so that’s pretty cool,” Skrezyna said.

Today there are many different variations of jiu jitsu. Skrezyna’s practices include time to condition, practice old skills, learn new moves and finish with live grappling.

“It’s basically wrestling, but you’re on your back a lot more and you submit people to where you cause them pain. Something like breaking their elbow, then they have to tap out if they are in too much pain,” Skrezyna said.

Jiu jitsu is helping Skrezyna build muscle and improve his stamina. Not only is he growing physically, but also mentally.

“As I compete, I get the sense that I can accomplish more as the higher rank I get in each tournament, so really it builds my confidence. Physically it gets me in shape because I’m constantly rolling around and constantly increasing my endurance,” Skrezyna said.