Falling to the Cougars 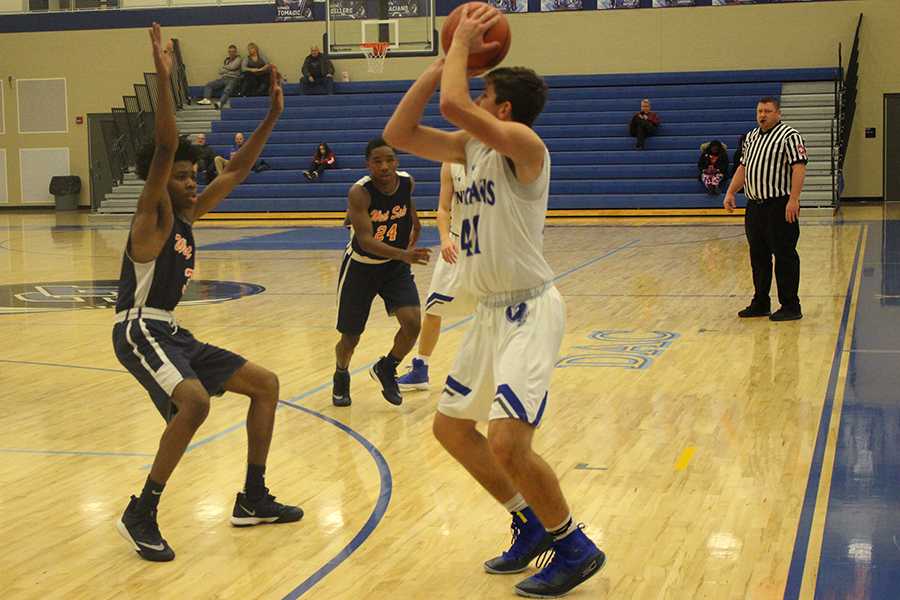 Hunter Zezovski (10) gets in position to get ready to shoot the ball. He made a jump shot and scored.

JV boys basketball was defeated on Tuesday, Dec. 5 by Gary West Side. The final score of the game was 64-49.

“I think if we would’ve had better defense as a team and didn’t let them get an early lead we would’ve had a better shot at winning the game,” Joshua Graziano (11) said.

Despite Gary West Side getting an early lead, the boys were close to making a comeback in the third quarter. The score at the end of the quarter was 43-39.

“We definitely need to improve on our defense and not give up easy penetration. We could’ve had better on-ball defense and box outs,” Nicholas Anderson (10) said.

Although the boys lost, they fought hard as a team and kept their heads up the whole game.