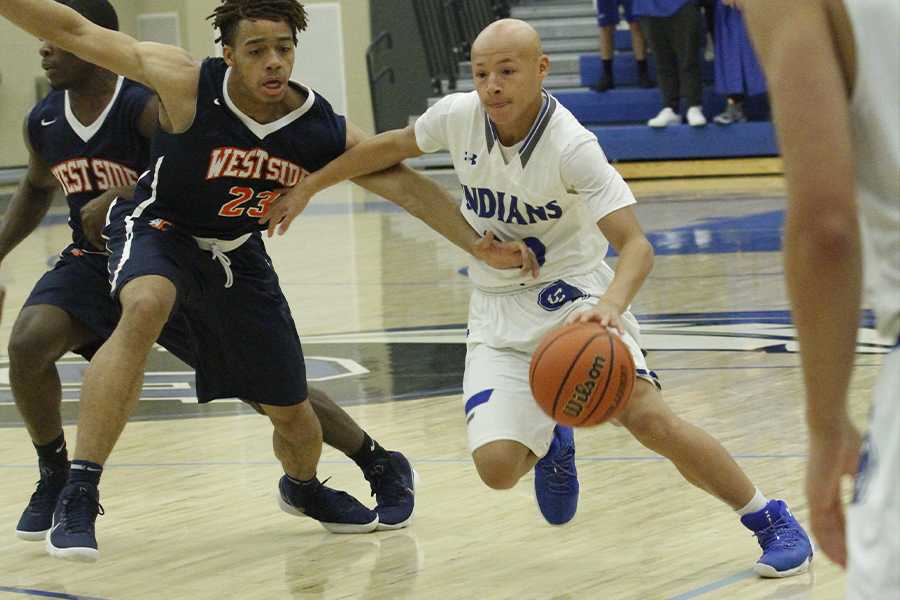 On Tuesday, Dec.12, the boys basketball team played against Gary West Side and ultimately won with a final score of 57-52. Keon Sellers (12), Justin Graciano (12), Derek Hobbs (10), Jack Davis (11) and Connor Tomasic (12) were all able to score points and contribute to the team’s win.

“[Scoring] was a good contribution to our team because we were just trying to get a win, and I was just passing the ball to anybody who was on fire, but if I took it, I tried to score for the team,” Hobbs said.

The boys had won their last game against Lighthouse College Prep Academy and were confident that they had a chance to win this game as well.

“Before the game, we were just trying to get a win in. It’s been a long stretch of some ugly basketball and we just wanted to kind of turn it around. We had some good momentum coming from last game and we wanted to keep that going and during the game we came off to a good start and we haven’t done that this season yet so that felt really good,” Davis said.

The boys’ next game is on Friday, Dec. 8, and will be against Warsaw.