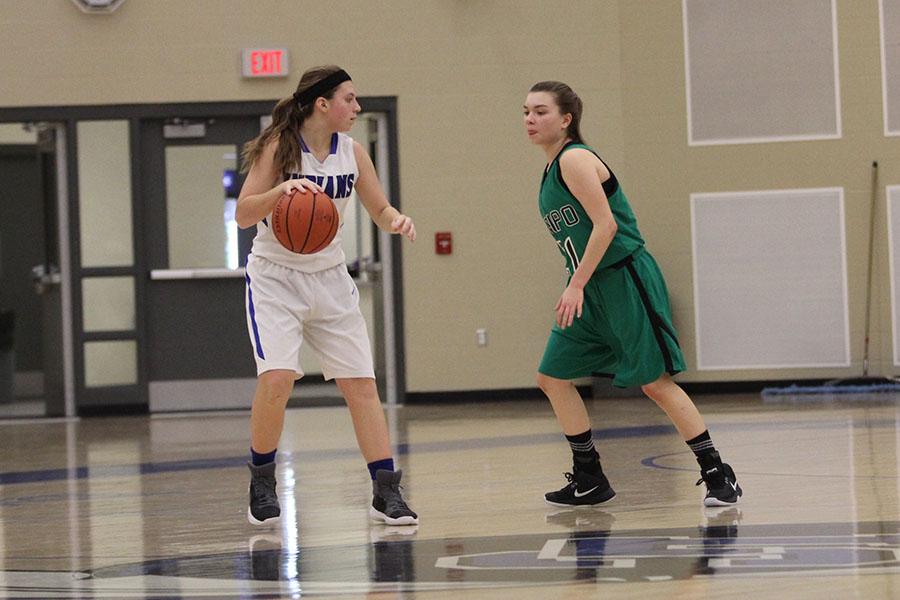 Amiee Habas (9) dribbles the ball. She was looking for someone to pass the ball to.

On Monday, Jan. 8, the freshman girls basketball team versed Valparaiso. The girls fought throughout the game to defend the ball, scoring a win of 26-11.

“We were doing okay in the beginning, but then we got back and won. I was a little frustrated in the beginning because I kept messing up, but it’s okay. As a team we did good,” Sarah Cunningham (9) said.

Many of the girls think the season is going well and are excited for was is to come in the rest of the season.

“We have only lost three games, so I think the season is going well,” Aimee Habas (9) said.

The girls’ next game is Thursday, Jan. 11 against Crown Point at 6 P.M. at home.