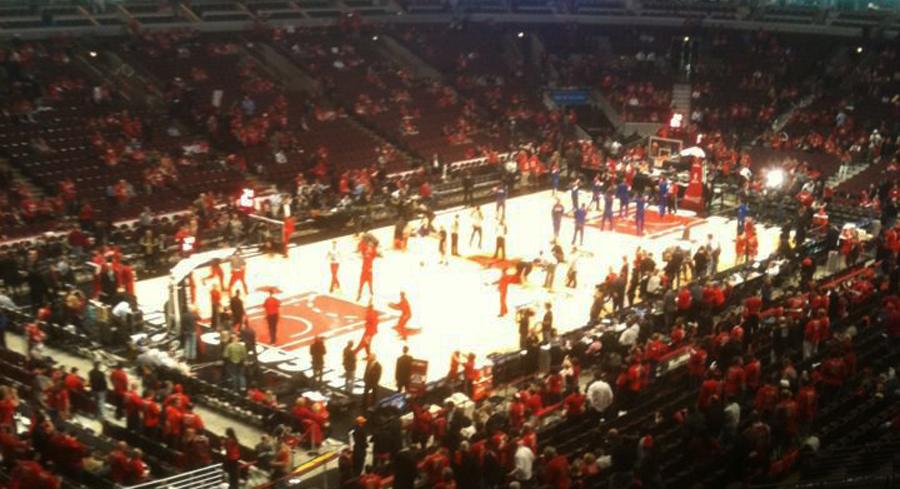 Too big. Too fast. Too strong. This was the common saying to describe Derrick Rose, the point guard of the Chicago Bulls, and he was demonstrating it during the first playoff game at the United Center with a team-leading 23 points.

Spirits were high, the crowd was living up to the “Madhouse” reputation at the United Center and the future of the playoffs for the Chicago Bulls looked bright; however, as the fourth quarter was coming to a close, Rose went down in agonizing pain.

“When Rose went down, I was really bummed out because I knew it would hurt our chances in the playoffs and future with all the talent that is in the NBA now,” Patrick Callahan (12) said.

Everybody held their breath, and when the final diagnostic came out, it was that Rose had torn his ACL and would be out for the rest of the playoffs and through some of the next season.

“The Bulls are a strong team, but losing Derrick during the playoffs is probably the worst thing that could have happened to them. Their leader isn’t going to be playing, so the rest of the team is going to have to step it up a lot,” Tyler Zuccarelli (12) said.

Rose led the team throughout the2011-2012 season with 21.8 points per game and 7.9 assists per game, but through leadership and vocalization he proved to be more than just an offensive threat.

“Derrick Rose plays to win. He’s a smart ball player. He can react to any situation that happens out on the court, and he keeps focused the whole game. He is such a determined player, and I think the whole team feeds off of his energy,” Zuccarelli said.

Although the Bulls had 18 wins with only nine losses during the regular season without Rose, they fell short the first playoff game without him and are hoping for a bounce back in their next game against the 76ers in Philadelphia on Friday, May 4.