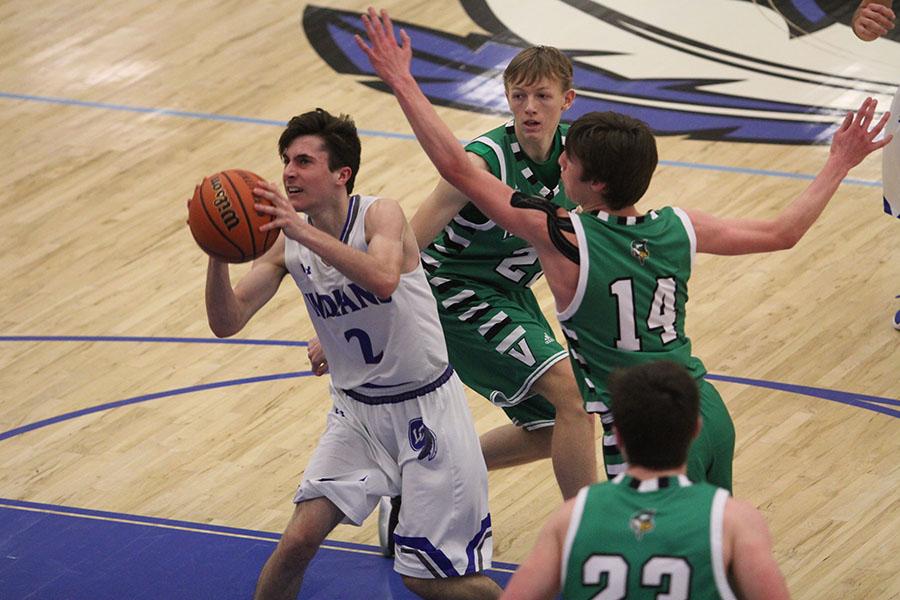 On Friday, Jan. 19, the JV boys basketball team lost to the Valparaiso Vikings by a score of 38-31.

Lake Central got off to a bad start early in the game and weren’t able to recover.

“In the first half we couldn’t really score so that put us behind quickly,” Joshua Graziano (11) said.

Despite the loss, the team was satisfied with some of the things they did in this game.

“I thought our defense was good because we held them to only two points in the first quarter,” Mark Mileusnic (9) said.

The team was able to keep a positive attitude throughout the whole game despite being down for the majority of the game.

“I liked how even though we were down a lot we came back a little and never gave up on the game,” Joshua Graziano (11) said.

The boys next game is Jan. 26 against Chesterton.

“The next game is Friday and I expect us to come out strong and play consistently,” Brian Calligan (10) said.