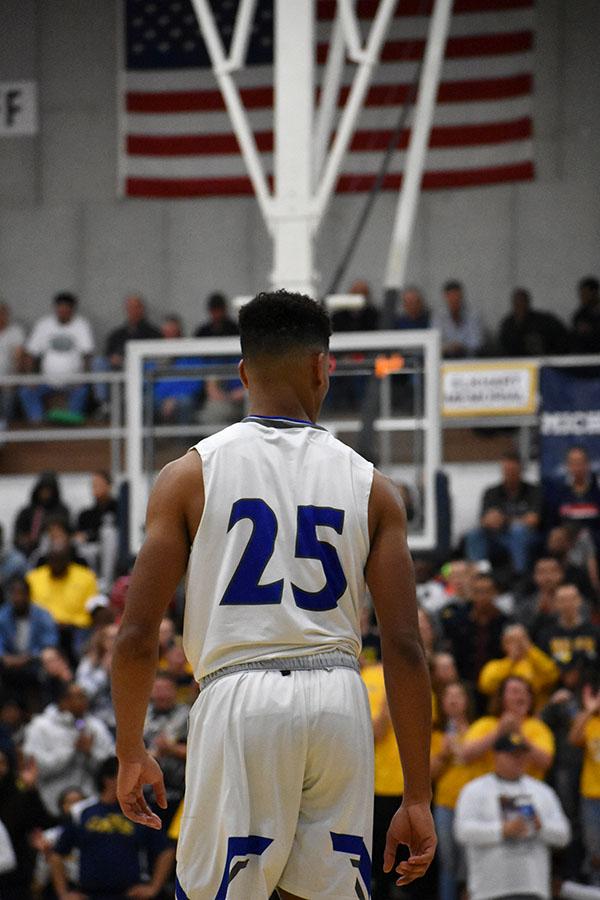 On Saturday, March 10, Lake Central squared off against South Bend Riley. The Indians fell to the Wildcats 54-28, ending their playoff run in Regionals.

I thought our point guards did an exceptional job after the first couple of minutes of getting us in our stuff,” Coach Dave Milausnic, Math, said. “To tell you the truth offensively, I don’t think we played the way we are capable of playing, and I think the kids would tell you that as well as far as knocking down some shots. But that’s basketball.”

The team faced a competitive South Bend Riley, who has not lost a single game this season. Lake Central stayed close for the first half, the score being 27-25 at halftime.

“[Our game plan was] just slowing them because we knew that they liked to get the rebound and push it. I think we did a good job at that until late in the second half when they pulled away,” Conner Tomasic (12) said.

Despite the tough end to the season, Keon Sellers (12) remains optimistic.

“It’s a lot to take in right now. Our season’s over with now but all in all I just think we did great. Came out strong, had them by half, and then just lost the lead,” Sellers said, “They were a good team but we still did good at the end. I’m proud of my team.”