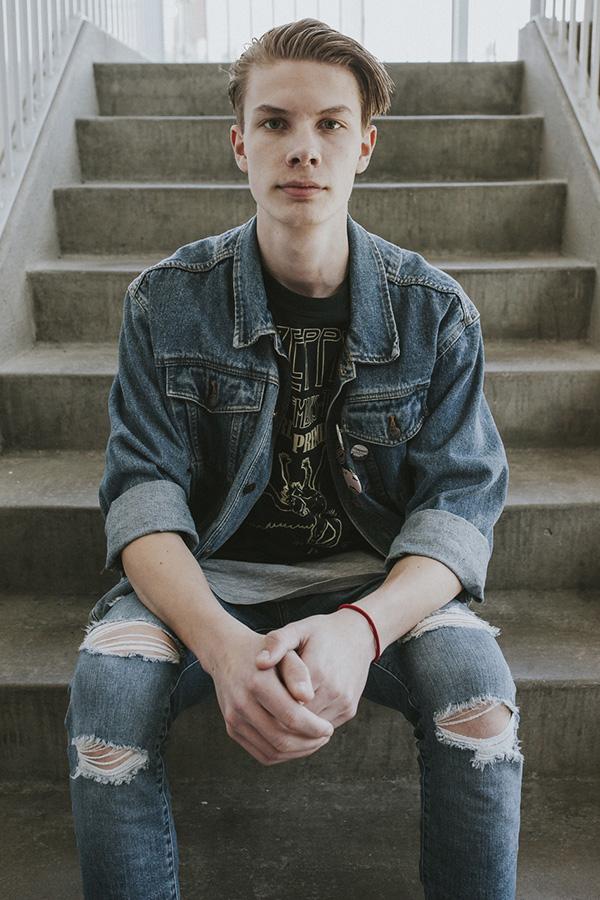 Sam Mathys, former drummer of Remo Drive, performing at a concert. Mathys was kicked out of the band and won’t be drumming for any future tours.

On Feb. 20, Remo Drive fans were hit with a variety of mixed emotions when they found out the Sam Mathys, prior drummer, was kicked out of the band.

The indie rock band was formed in Minnesota and consisted of three members: Erik Paulson, Stephen Paulson and Sam Mathys. Their music brought a cult following of many people looking to support lesser known artists with relatable tunes.

A lot of confusion was brought up alongside with the band currently being on tour and having a new song being released.

Mathys came forward and said that he did record the drums on their newest song, Heartstrings. Fans wondering whether or not Mathys was going to continue performing on the tour were brought the news that he will not be playing the rest of the tour. As of right now, Zack Cummings will be the replacement drummer.

Mathys has moved on from the recent negativity with rumors surfacing and began drumming for a band called The Happy Children. Mathys is featured on their tracks from their recent album, “Self Help Book.”