“White Is Relic/Irrealis Mood” by Of Montreal album review 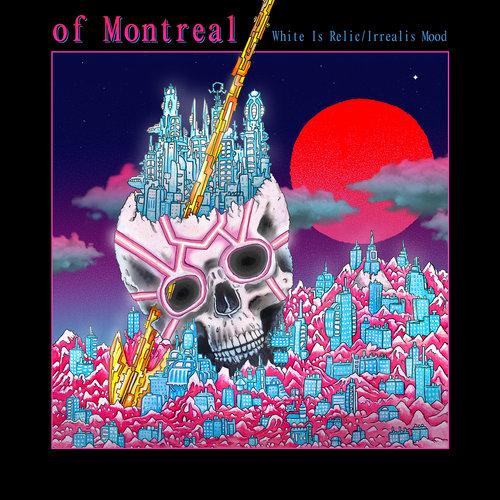 “White Is Relic/Irrealis Mood” is an album by the American indie rock band Of Montreal. It was released on March 9 through the record label Polyvinyl Record Company.

“White Is Relic/Irrealis Mood” is an album by the American indie rock band Of Montreal that was released on March 9.

The band has been lauded in the past for their work, which is oftentimes cited as an inspiration to many indie rock bands today. The band’s musical style can best be described as experimental indie and it is not labelled as such for no reason.

This album is a perfect representation of a modern alternative indie album and is decorated with colorful instrumentation and strange but somewhat interesting chord progressions and song structures. While in many situations this serves as an advantage, it also falls short many times throughout the album.

Oftentimes, the element of unorthodox song structure has the potential to bore the listener and maybe even completely turn them off to the album completely. This is a characteristic which acts as both an upside but also a downside for the album.

A complaint that is to be had about the album is that the songs drag on for far too long without any type of significant change within the actual melody of the song. The album suffers from the fact that within each individual song, it does not seem like much is happening or occurring a lot of the time, and this is overall a negative aspect of the album. Perhaps if the band had experimented more with their sound and maybe changed certain melodies within the album to be less repetitive, it would have been a more positive listening experience.

The colorful instrumentation on the album is something that is many times beautiful, strange and unusual. It serves as a contrast to many of the mainstream pop songs that are released today that oftentimes sound very similar in terms of melody and the way the instruments are actually arranged within the songs. This ultimately serves as an advantage to the album and is one of the redeeming features that is present.

The album overall is pretty bland and while the production and instrumentation on the album are pretty solid, they don’t completely redeem the boringness that hurts the album’s chances at being even a decent album. There was a lot that could have been done better and hopefully the band’s next release won’t be as underwhelming as this one turned out to be.