Standing up and walking out 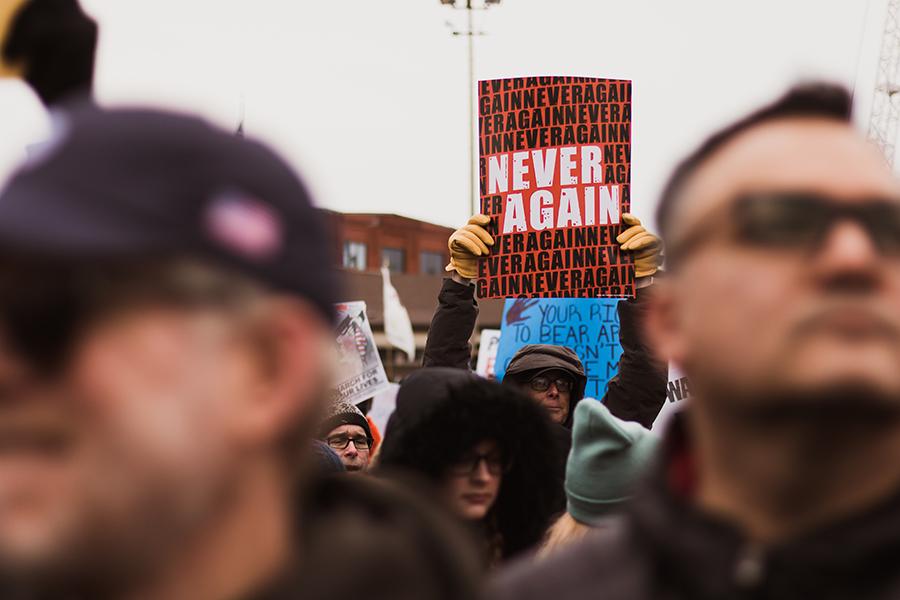 A man joins in a protest in Chicago, Ill. The march was organized by the Stoneman Douglas students and it is reported that over 85,000 people attended. Photo by: Josh Chen (10)

On Feb. 14, Stoneman Douglas High School experienced a tragedy. A violent shooter rampaged through the Florida school, murdering 17 and injuring many more. The community was devastated and the students were understandably distraught. Instead of letting this calamity tear them down, the students decided to put their energy in a different direction. Students took to social media and created the hashtags #NeverAgain and #EnoughisEnough. Support for the students came pouring in and further motivated the new leaders to undertake an immense task.

The March for Our Lives movement, begun by many of the Stoneman Douglas students, immediately took shape. Multiple marches were organized. Hundreds of thousands of participants joined across the nation. A single National School Walkout was scheduled for April 20, the 19 anniversary of the Columbine High School Shooting.

Over 2,600 schools decided to get involved in the walkout. The walkout had three main goals: hold elected officials accountable, promote solutions to gun violence, demystify and engage students in the political system. It also encourages students to be politically active even though they are not yet old enough to vote. No matter one’s stance on gun control, the determination of the Stoneman Douglas High School students is unfathomable.

For more information on the National School Walkouts, visit NationalSchoolWalkout.net.