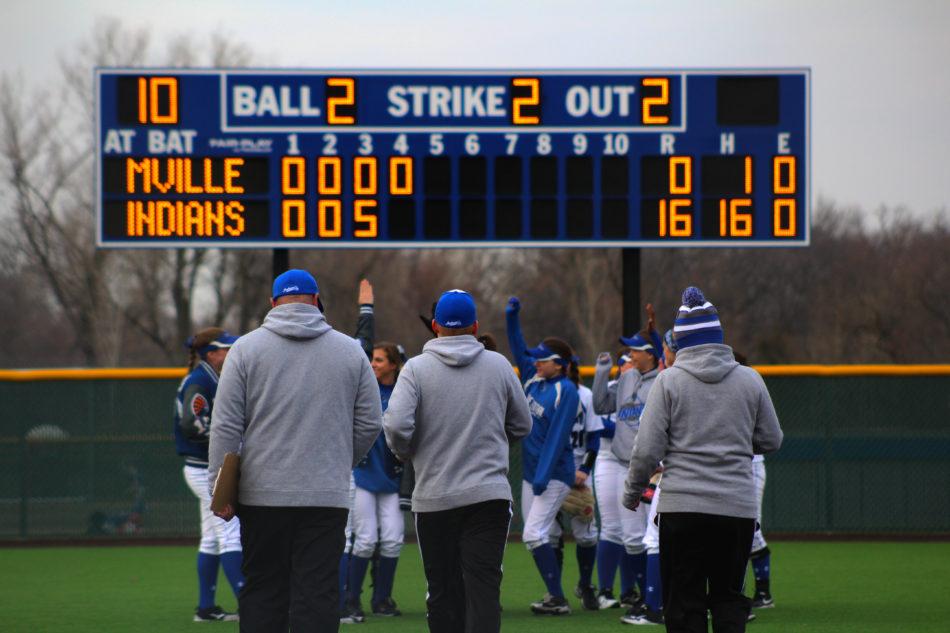 All the players celebrate their win against Merrillville. The coaches joined the team in their celebration.

On Tuesday, April 10, varsity softball won against the Merrillville Pirates. The girls played a great game bringing home a win.

“I think we played well. Everyone on the team is playing very well so far. I’m really glad that the season is continuing to be really fun,” Alexis Johnson (10) said.

The girls, although still early in the season, are optimistic and putting in hard work. When everyone does their part it relieves pressure from other players leaving games to become more fun.).

“I️ think we’ve been playing great together, the team chemistry this year has been amazing which is a big game changer. We have 7 seniors this year which I️ think is a big part of I️t because their all leading and have been playing together for so long,” Payton Bastie (11) said.

Great leaders can make a big difference in the performance of a team. Due to having seven seniors this year leads the team to have major influences. The team has been playing very well together.

“I think we’ve been playing very well and playing together all doing our part to help our team in any way we can. In the future we may need to improve but for right now the team is doing great,” said Alexis Johnson (10).