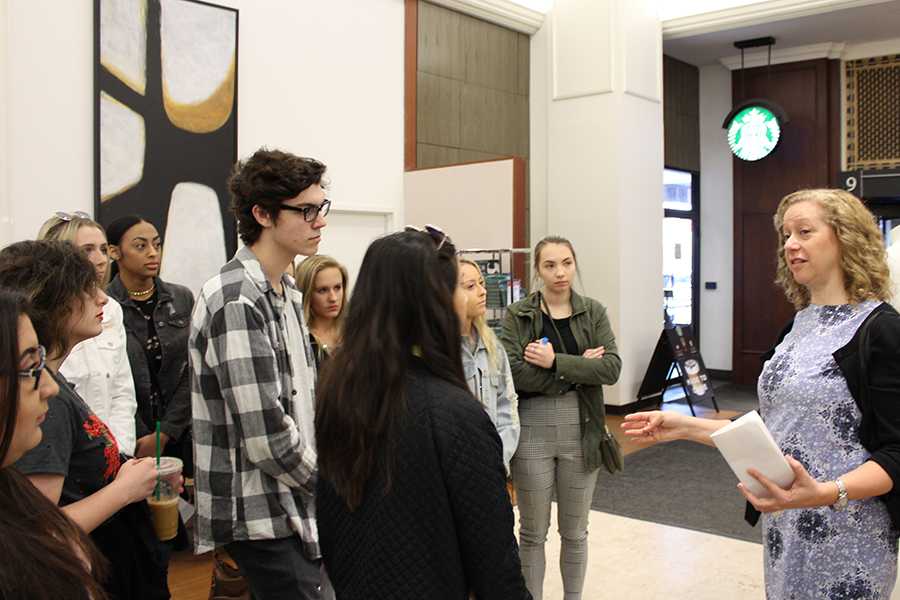 Students learn about the history of Macy’s and how it came to be. The students learned that the red star found in Macy’s logo stands for success.

On the morning of Thursday, April 26, Mrs. Cyndi Hurley’s, Business, merchandising classes went on a bus and  took a trip to Macy’s downtown.

“Macy’s is an institution of merchandising in Chicago, and that is the second biggest store in the nation. They are the number one retailer in downtown Chicago. They were supposed to give us a tour about merchandising, but it ended up being more about the history of the building. It was still interesting” Mrs. Hurley said.

The students left Lake Central at about 8:15 in the morning and arrived in downtown Chicago at 10 a.m. When they arrived, they first were divided into groups and then given a tour by a Macy’s associate. They learned about how Macy’s was discovered, a few retailing strategies and the history of the Macy’s building downtown. After the tour, students were allowed to explore and do some retail therapy.

“I found the architecture in the Macy’s building most interesting. It was 14 stories and had art on the ceiling that had over one million pieces of glass. I also enjoyed walking around and exploring the city with my friends” Tatum Murawski (10) said.