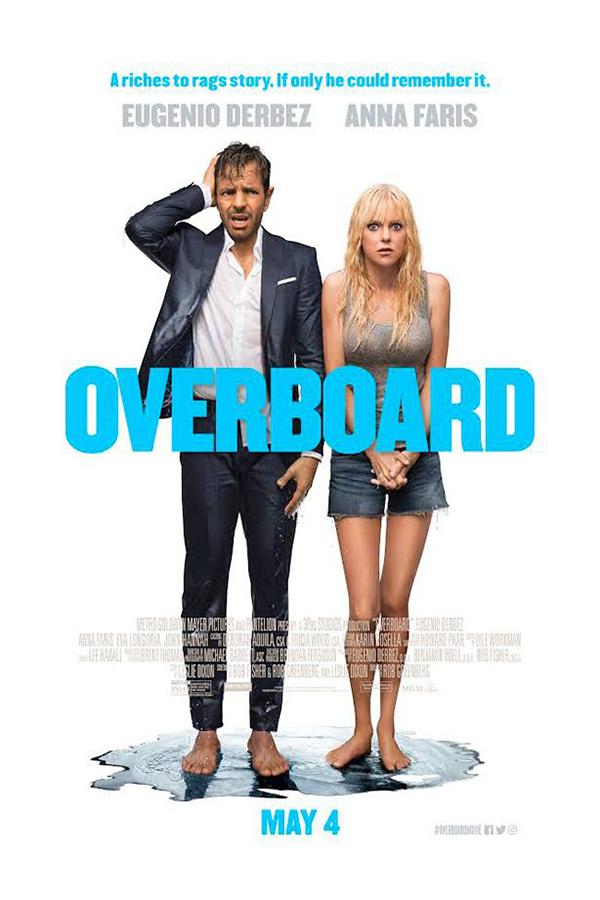 Leonardo (Eugenio Derbez) is confused, and Kate (Anna Faris) stands next to him with a guilty expression. The movie was released in theaters on Friday, May 4. Photo credit to IMDb.

Fame and fortune is something that many of us would love to have in life. Also, nothing is better than sweet revenge. The movie “Overboard” ties the two of them together.

“Overboard” is a movie where a struggling single mother, working multiple jobs, is hired by a non considerate billionaire to clean his yacht. At first, the man appears to be a nice guy, but later he shows his true colors by being rude to Kate (Anna Faris) and by living up to the stuck up rich boy stereotype. That night after being rude to Kate, karma swoops in and throws Leonardo, Eugenio Derbez, overboard his yacht. Leonardo wakes up with amnesia and doesn’t remember who he is or his previous life. Kate gets news of this and decides that sweet revenge is on its way. Kate convinces Leonardo that they are married and forces him to live a low status life with her and her three girls to teach him a lesson about hard work and respect. Along this journey, Kate and Leonardo eventually fall in love with each other.

I would say that this movie was a good movie. It was funny, relatable and taught a moral lesson that hard work pays off. There was an exceptional amount of Spanish in the movie although it was accompanied by English subtitles. This made the movie more culturally diverse, which could attract a more diverse audience. If you’re in for a good rom-com, I’d say “Overboard” would be a good recommendation.