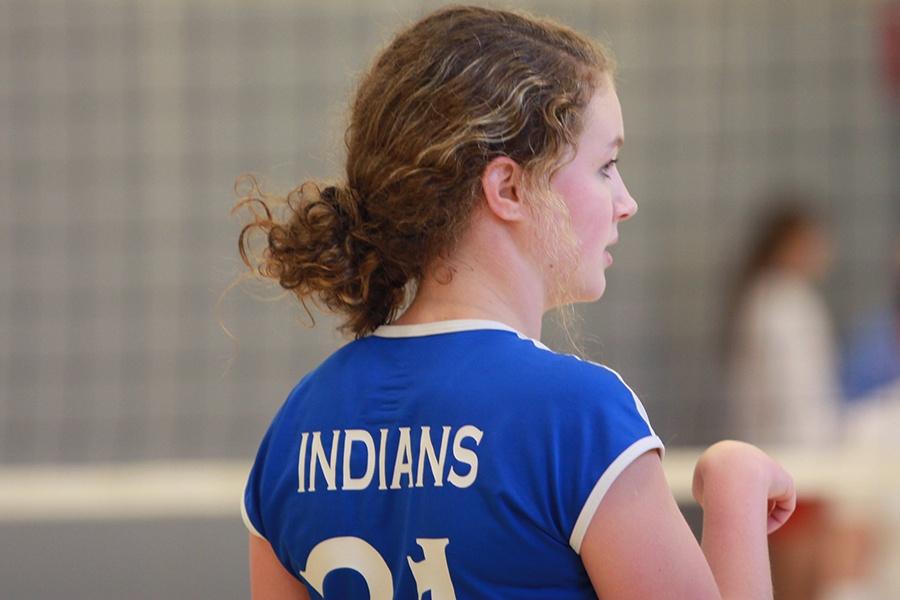 The team has a huddle during a timeout during the second match and coach Savannah Jurkovic tells them their doing great, she loves their positive attitude and tells them to keep fighting. The girls continued to keep their energy up and won the second match. The next game for the freshman girls volleyball team is against Portage High school this thursday, the 30th at Lake central, come out and support your fellow indians at 5:00 P.M.

“We knew Crown Point was going to be our hardest competition. They could have taken us in two but we decided to keep fighting and go into three,” coach Savannah Jurkovic said.

“We all connect so well, even though were all from different middle schools. The coaches really connect with us with everything,” said Claire Bender (9).

With each team having won a match both teams went into the third with a fierce attitude wanting to win, the match was intense and both teams fought hard. In the end Crown Point won the final match 10-15. This was the girls first loss of the season.

“I think the rest of the seasons going go great if we can work on communication and practice all the time. Our biggest weakness is communicating. Communication is a big role in volleyball and we just need more of it,” Belle Orth (9) said.

The girls next game will be this Thursday Aug. 30th against Portage. The game will be at home at 5 p.m. come out to support your fellow Indians.