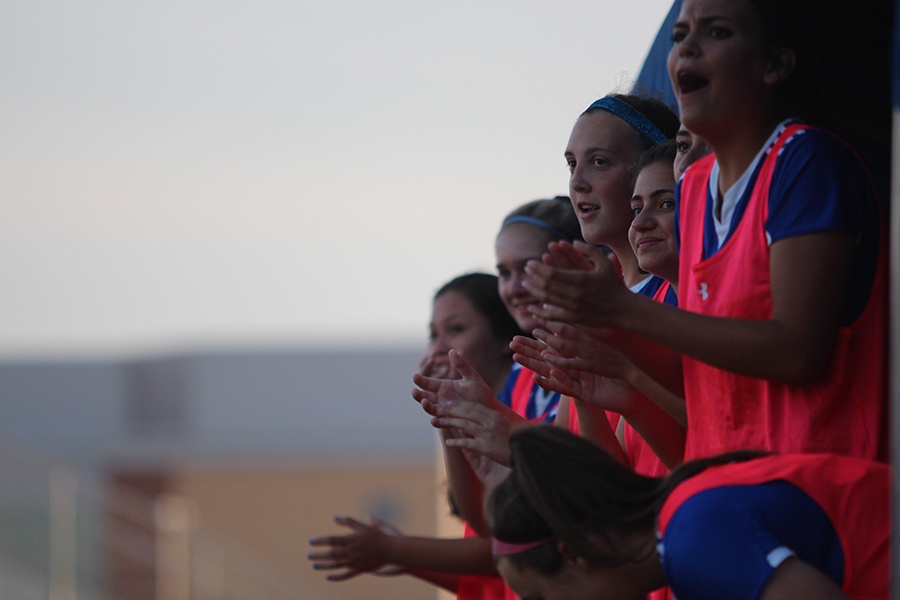 The girls cheer on their teammates as they score their first goal against the Munster Mustangs.

The Girls Varsity Soccer team defeated the Munster Mustangs 3-1 on Thursday Aug. 30 on their home turf.

“I think we did really well. It was a very aggressive game. [There were] a lot of yellow cards and slapping, but I think we did well and kept our composure,” Anika Berg (12) said.

Munster played a hard game. The girls were viciously head to head most of the time. There were also numerous girls who were new to the team this year that had to adjust to competing against these tough schools.

“I think we work [well] together. The freshman all push really hard and I feel like the upperclassmen make them work harder and they make us work harder for spots because we’re all really good. I think we have a good team chemistry,” Brenna Thompson (11) said.

Summer conditioning left the girls working together instead of against each other. The team has a lot of goals and looks forward to advancing this year.

“This season I look forward to hopefully winning the DAC, sectionals and hopefully advancing to regionals.” Berg said.

The collaboration of all the girls together led them to beat Munster.

“We all had the goal of winning, so I think that pushed us to do better.” Thompson said.