Improvements for the Team 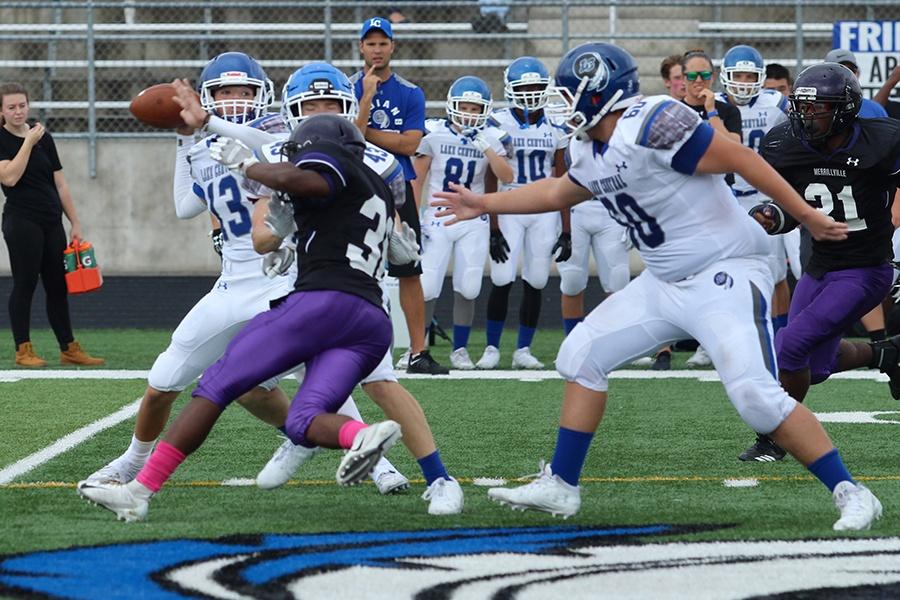 Merrillville players attempt to push Noah Hamilton (11) away. Noah launched the ball over their heads.

The JV Indians played against Merrillville JV Pirates. Although the Indians felt defeat on their shoulders at first, they kept their heads high and their sportsmanship showing. Because of The Indians defeat on Saturday, they are continuously strategizing and self evaluating on what they can improve on and what they succeed in.

“[The team could] have more heart [for the game] and not stop playing or five up and play as one, our emotions and love [toward] each other as teammates, and know that we would do anything for each other,” Joel Marquez (10) said.

No matter what position the players take a role in, they ensure that the whole team is ready to get on the field.

“[I play] defensive end. [We need to work on] honestly being more aggressive, coming out ready to play and [our] energy,” William Rauch (19) said.

Although the team believes that they can improve on some things, they also succeed in many other aspects.

“I think we do special teams really well and defense,” Jalen Wigley (10) said.

Many other players agree that defense is one of the best out of the many great aspects of the team. 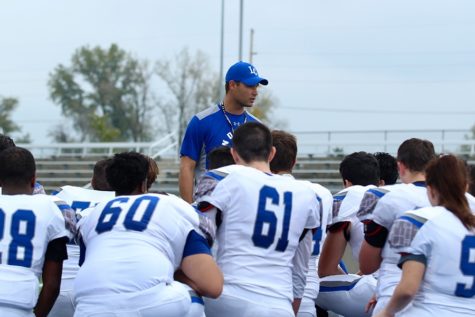