From page to stage 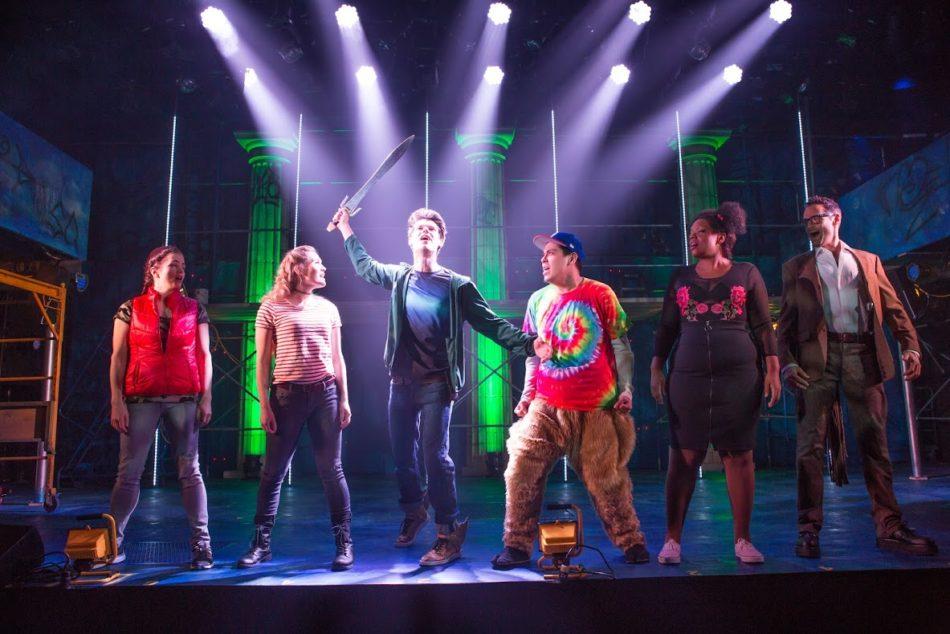 Greek mythology. Gods and goddesses. A young man finds his true powers. This is only a brief description of what goes on in the classic novel Percy Jackson & the Olympians: The Lightning Thief. Fans of the young adult book are in luck. The story is being adapted into a stage musical, The Lightning Thief: The Percy Jackson Musical, that will begin its national tour in Chicago.

“I’m for most things becoming a musical. I think it will be really cool, and I think the tech will be really cool including costumes, sound and lights. I want to see [dancing], and what it will look like if [there is] any,” Laila Wenrich (12) said.

The show will play Broadway In Chicago’s Oriental Theatre from Jan. 8-13, 2019 before completing the rest of the national tour. The musical includes a cast of Chris McCarrell as Percy Jackson, Kristin Stokes as Annabeth, Sarah Beth Pfeifer as Clarice and James Hayden Rodriguez as Luke (broadway.com).

“I think that a lot of people are weirdly into Greek mythology. It’s kind of like an Ancient Egypt thing and people are super into it for a reason. I think Greek mythology is very interesting and reading the [Percy Jackson] series made it easier to understand and cool to learn about,” Wenrich said.

This book, for many, has been a way for them to express interest in Greek mythology as well as themselves. The stage musical will broaden the way for those who want to learn more about the topic.

“[I would like to see] the singing. [I hope to see] them slaying all the monsters. That would be pretty cool.” Tre’ Adams (9)