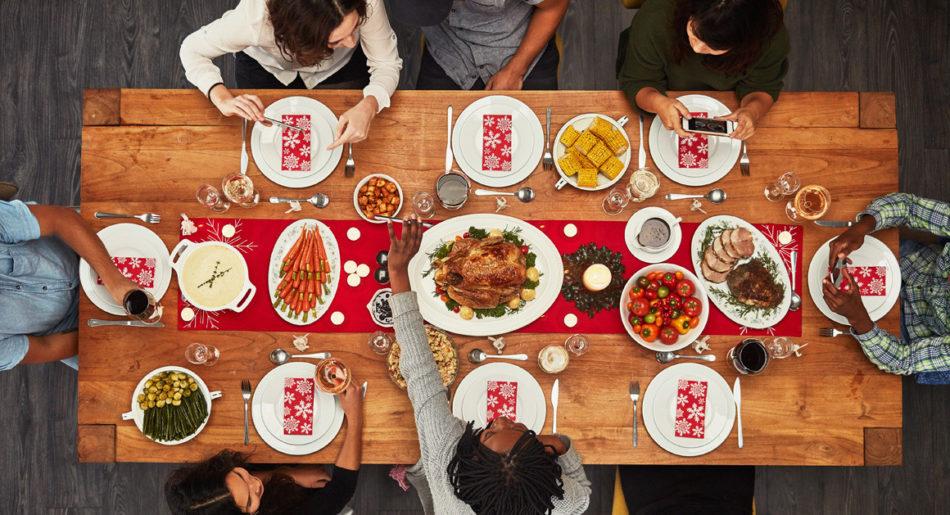 Family from all around the country come together on Thanksgiving to celebrate. This holiday is known for spending time with family and eating delicious food.

Every year on the fourth Thursday in November, turkey, stuffing and canned cranberries can be found on nearly every table around the nation.  This holiday is celebrated by the American people regardless of race and religion. Although no gifts are involved, Thanksgiving is one of my favorite holidays. The reason why I love Thanksgiving so much is because everyone comes together for this American holiday, even though they may not celebrate any other holidays together.

For my family, Thanksgiving is a time when my whole family comes together to celebrate under one roof.  Because half of my family is Jewish and the other half is Catholic, there are not may holidays that all of our family celebrates together.  Thanksgiving happens to be one of those holidays, which is what makes it so special. Christmas tends to be the favorite holiday around the globe, because of Santa, Christmas trees, and all the presents.  For me, being together with my whole family, eating lots of delicious comfort food and giving thanks for all the wonderful things that have happened to us this year is what makes Thanksgiving more worthwhile than theother holidays.

I’m going to admit, I would be lying if I said I knew the entire story of Thanksgiving, because I definitely don’t.  Of course, I remember coloring pictures of the Pilgrims and Indians and the big feast that they ate, but I honestly could not tell you why we eat turkey or give thanks on this day.  When the Mayflower landed in Plymouth, the Pilgrims were struggling with famine and disease. One of the Native Americans of the Pawtuxet tribe, Squanto, taught the settlers how to cultivate corn, catch fish, and avoid poisonous plants.  Not only did he solve the problem of famine, but he helped the Pilgrims form an alliance with the Wampanoag tribe, which was pivotal to survival.  Because the Pilgrims’ first corn harvest turned out to be successful, they organized a gigantic feast and invited some Native Americans who had helped them be successful.  This celebration lasted for three days, unlike the one day festivities that goes on in our country.

When we think of Thanksgiving, that is the story we usually think of right?  That story is only partially true. Yes, the Pilgrims did have a feast with the Native Americans after their first year of success, but that was not the end of it.  Word spread of how well the Pilgrims were doing in Plymouth, which caused tons of Puritans to come to the land. The Puritans that came in seized land from the Native Americans, took the Native Americans in as slaves, and even killed some others..  When the Pequot tribe joined for their Thanksgiving celebration, English and Dutch mercenaries shot and even clubbed the 700 Native Americans to death. The following day, the governor of the Massachusetts Bay Colony declared it “A Day of Thanksgiving” because of the 700 unarmed men and women who had been murdered.

Not quite the glorious Thanksgiving feast everyone thinks of when the word Thanksgiving comes to mind.  Despite this gruesome story of how Thanksgiving came to be, families still come together to celebrate and give thanks on this day. On this joyous holiday, while we are all giving thanks and stuffing our faces with pecan and pumpkin pie, remember the the real story of Thanksgiving and how lucky we are that we can all celebrate together on this day.